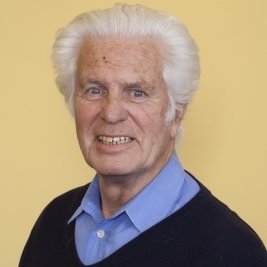 Marius Romme is Dutch psychiatrist, best known for his work on hearing voices (auditory hallucinations) and regarded as the founder and principal theorist for the Hearing Voices Movement. Professor Romme qualified as a medical doctor in Holland in 1960, specialising in psychiatry between 1961 and 1965, and upon completing his research for his PhD in 1967, was awarded the title of MD. From 1965 until 1972 he was a senior researcher at the Department of Social Health and Director of the Regional Community Mental Heath Service in Amsterdam, and Chair of the Dutch Society of Mental Health from 1968 until 1976. He was an adviser to the Ministry of Health and the Dutch National Health Service (1972 -1974) during the preparations of the law base on community mental health in the Netherlands. He held a Chair in Psychiatry at the University of Maastricht (1974-1999) before becoming a Visiting Professor at Birmingham City University, and in 1999 he became Knight of the Dutch Lion.

Professor Romme specialises in “social psychiatry,” which is the study of the relationship between mental health problems and their social context, including social societal structures. His main research topic for the last 25 year has been hearing voices as a human variation and expression of emotions involved with traumatic experiences. He is the Founder and former Chair of ‘Intervoice,’ the International association for voice hearers, and with Dr Sandra Escher and others founded the hearing voices movement. There are now 22 countries with hearing voices networks and support groups, which includes the English hearing voice network based in Manchester.

Professor Romme has written over 250 articles in professional journals. He is the author of Accepting Voices (1993)and Making Sense of Voices (2000), both of which have been translated into seven languages, and the third book in this series, Living with Voices (2009), has been translated into Danish and Italian. His next book, Psychosis as a Personal Crisis, is forthcoming in October 2011.

Whilst at the IAS, Professor Romme will be working with Dr Escher and engaging with colleagues involved in the ‘Hearing the Voice’ programme of work.