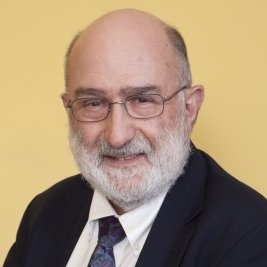 Sander L. Gilman is a distinguished professor of the Liberal Arts and Sciences as well as Professor of Psychiatry at Emory University. A cultural and literary historian, he is the author or editor of over eighty books. His Obesity: The Biography appeared with Oxford University Press in 2010; his most recent edited volume,Wagner and Cinema (with Jeongwon Joe) was published in that same year. He is the author of the basic study of the visual stereotyping of the mentally ill, Seeing the Insane, published by John Wiley and Sons in 1982 (reprinted: 1996) as well as the standard study of Jewish Self-Hatred, the title of his Johns Hopkins University Press monograph of 1986.

For twenty-five years he was a member of the humanities and medical faculties at Cornell University where he held the Goldwin Smith Professorship of Humane Studies. For six years he held the Henry R. Luce Distinguished Service Professorship of the Liberal Arts in Human Biology at the University of Chicago and for four years was a distinguished professor of the Liberal Arts and Medicine and creator of the Humanities Laboratory at the University of Illinois at Chicago. During 1990-1991 he served as the Visiting Historical Scholar at the National Library of Medicine, Bethesda, MD; 1996-1997 as a fellow of the Center for Advanced Study in the Behavioral Sciences, Stanford, CA; 2000-2001 as a Berlin prize fellow at the American Academy in Berlin; 2004-5 as the Weidenfeld Visiting Professor of European Comparative Literature at Oxford University; 2007 to the present as Professor at the Institute in the Humanities, Birkbeck College; 2010 to 2013 as a Visiting Research Professor at The University of Hong Kong.

He has been a visiting professor at numerous universities in North America, South Africa, The United Kingdom, Germany, Israel, China, and New Zealand. He was president of the Modern Language Association in 1995. He has been awarded a Doctor of Laws (honoris causa) at the University of Toronto in 1997, elected an honorary professor of the Free University in Berlin (2000), and an honorary member of the American Psychoanalytic Association (2007).