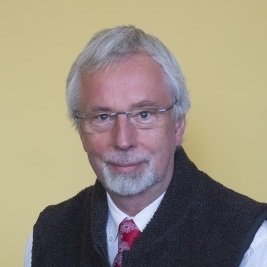 Dr Bob Fosbury is Emeritus Astronomer at the European Southern Observatory (ESO), an intergovernmental organisation with headquarters near Munich that builds and operates major astronomical observatories in Chile. For almost three decades he has been associated with the NASA/ESA Hubble Space Telescope project and, until the end of 2010, led the European team based at ESO that worked with NASA and the Space Telescope Science Institute in Baltimore on the operation of the telescope and its scientific instruments. In 2010 he co-organised a major conference and exhibition in Venice that celebrated the achievements of the observatory and the astronauts that had been a vital part of its evolution into a scientific legend.

With an early career based at both the Royal Greenwich Observatory (RGO) at Herstmonceux and the University of Sussex, Dr Fosbury has worked as an astrophysicist at the Anglo-Australian Observatory based in Sydney and, in the late 1970s, at ESO when it was based at CERN in Geneva. He returned to the RGO in the early 1980s during the establishment of the Roque de los Muchachos Observatory on La Palma in the Canary Islands. Dr Fosbury has published extensively on astrophysical topics ranging from the outer atmospheres of Sun-like stars, supermassive black holes in the cores of galaxies, and star and galaxy formation in the very young Universe. During these times, he remained alert to the need for and the possibilities of realising successful outreach activities. This has resulted in books, documentary films and the pioneering of high quality (HD TV) podcasts for both Hubble and ESO. In collaboration with various organisations, especially in the Munich area, he delivers public lectures on astronomical topics.

In parallel with his professional scientific interests and activities, Dr Fosbury has maintained a broader view of light and colour which he has expressed through photography, spectroscopy and collaboration with artists (see: http://www.imachination.net/distantpast/idea.html ). A recently developed and continuing project has been the publication of digital spectroscopy and associated photography on the public website flickr . These images have rapidly increased in popularity and many of the items have been embedded at other internet locations. An interesting aspect of this is the development of cross-disciplinary communication leading on occasions to collaborative interdisciplinary research.

While at the IAS in Durham Dr Fosbury’s intention is to switch his perspective from that of an astronomer reaching towards the distant Universe to that of a human – or a member of an alien civilisation – looking from afar at our home planet, ‘the pale blue dot’, and asking what could be learned from a study of ‘Colours from Earth.’ Explaining the nature of the ‘blue’ in this description of our Earth turns out to be more complex and interesting than one might imagine and leads to a practical interest into how Earth-like planets around other stars might appear to our telescopes when we are able to examine them with the next generations of huge telescopes.