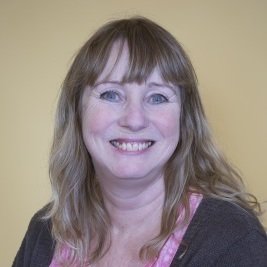 Jan Clarke is Professor of French at Durham University. Her first degree was in French and Theatre Studies and she has continued to occupy the liminal space between these two disciplines, examining the practical, material and social conditions surrounding the performance of the play text.

She began as a modernist, working on Jean-Louis Barrault’s productions of Paul Claudel for her master’s at Warwick University, but switched to the seventeenth century for her doctorate at the same institution. Having set out to examine the career of Thomas Corneille, her work took a significant turn when she discovered he had devised a series of spectacular ‘machine plays’ for the little-known Guénégaud theatre. Upon investigation, she found the Guénégaud had bridged the gap between Molière (who died in 1673) and the Comédie-Française (founded in 1680). Moreover, its account books were preserved in the archives of the Comédie-Française and had never been subject to detailed examination and analysis.

Professor Clarke proceeded to remedy this lack by producing first her doctoral dissertation then three monographs on the Guénégaud, examining its founding, design and production policy, reproducing statistics and information from the account books, and considering the contribution of Thomas Corneille and the Guénégaud to the spectacular stage more generally. She has also authored over fifty articles on topics including theatre architecture, stage design, the uses of music in spectacular productions, and company administration, with a particular focus on the participation of women as both actors and theatre employees.

Professor Clarke is generally acknowledged as the leading expert on practical theatre in seventeenth-century France. Her work has been published in French and English and, most recently, Portuguese. She is frequently invited to lecture in France and the US and last year gave a keynote talk in Brazil. She has twice served as Visiting Professor (in Bloomington and Kansas) and has on-going research collaborations with a number of other institutions, including the Comédie-Française itself. She has edited Seventeenth-French Studies, served as General Secretary of the Society for French Studies and is currently Secretary General of the International Federation for Theatre Research.

Professor Clarke is presently engaged on two major projects: an edition of the machine plays and operas of Thomas Corneille, for which she was awarded a BA/Leverhulme Senior Research Fellowship, and an examination of the nine years (1680-89) during which the Guénégaud served as the first home of the Comédie-Française. During her IAS Fellowship, however, she will develop her work on stage lighting. It is generally thought it was not until the nineteenth century that house lights were dimmed and that previously actors and audience had bathed in a shared illumination. Yet the technology to enable blackout existed far earlier and many plays call for lighting effects that would not have been visible from a lit auditorium. Professor Clarke will, therefore, seek to discover if there is evidence of an earlier darkening of the auditorium as well as of the technologies employed in the creation of lighting effects. She also hopes to determine what the audience would have been able to see in different lit environments.