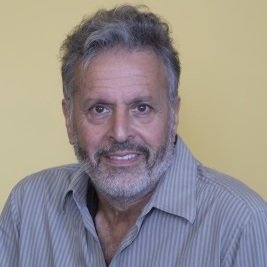 Michael Levine is Winthrop Professor of Philosophy at the University of Western Australia. His scholarly interests are diverse and often interdisciplinary, and he has taught a wide range of philosophy courses (e.g. Utopia/Disaster and Imagining the City in the Faculty of Architecture). Current projects include research in aesthetics, philosophy and architecture; catastrophe, ethics and the built environment; the academic virtues and their place in the modern university; regret and other emotions of self-assessment; and philosophy and museums for which he presented a paper at the Royal Institute of Philosophy conference in Glasgow (2013) on ‘Museums and the Nostalgic Self.’

Professor Levine has taught at the University of Virginia, University of Pennsylvania, Swarthmore College and has been Distinguished Visiting Professor at the Baruch College and the University of Colorado. He was a Fulbright fellow in Russia and has received numerous fellowships and grants including support from the Rockefeller Foundation; the Mellon Foundation; the Japan Foundation; Indian Council for Cultural Relations Fellowship; Hugh Le May Fellowship, Rhodes University; Australian Academy of Humanities/Social Science; Chinese Academy of Social Science, Institute of Philosophy; and the Australian Research Council. Other awards include the American Philosophical Association, Baumgardt Memorial Fellowship in Ethics.

He is widely published in journals and edited volumes and is the author of Hume and the Problem of Miracles (Kluwer 1989) and Pantheism: A Non theistic Concept of Deity (Routledge 1997). He is co-author of Prospects for an Ethics of Architecture (Routledge 2011); Thinking Through Film: Doing Philosophy, Watching Movies (Blackwell 2012); Politics Most Unusual: Violence, Sovereignty and Democracy in the ‘War on Terror’ (Macmillan 2009); Integrity and the Fragile Self (Ashgate 2003); and Engineering and War (2013 forthcoming). He is co-editor of Racism in Mind (Cornell 2004); The Analytic Freud (Routledge 2000); and Leadership and Ethics (forthcoming).

While at the IAS Professor Levine will be working on a project on catastrophe, ethics and the built environment. The destruction of cities by various means and the representation of urban ruin have given historical, visual and narrative form to discourses about moral conduct, collective responsibilities and individual freedoms. This project provides a framework for the re-evaluation of civil society in relation to the built environment. By examining urban planning and architecture, the perceptions that define them, and the catastrophic risks that attend them, we can both better understand the relation between ethics and architecture as well as the place of the urban environment in the world. Expanding upon recently completed work on the ethical dimensions of the built environment, and helping to define the field, this project maps a vital dimension of civil society. It discovers how cities, urban planning and architecture engage values and practices aimed at insuring inclusiveness, egalitarianism and freedom of choice. Taking its cue from media reactions to recent catastrophic events, the project identifies broad concerns for our cities and civic institutions. What becomes of inclusiveness, egalitarianism, freedom of choice and a range of other democratic or Utopian ideals in the face of catastrophe?