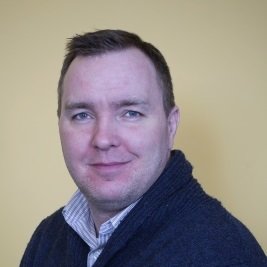 Peter Gratton is assistant professor of philosophy at Memorial University of Newfoundland. His philosophical research brings together and critically engages post-Kantian continental philosophy alongside the history of metaphysics and theories of race and racialization.

Professor Gratton completed his doctorate in 2007 on the history of sovereignty, in particular concerning its links to nationalism in modernity. This work was much updated and became the basis for The State of Sovereignty: Lessons from the Political Fictions of Modernity (SUNY Press, 2012), where Gratton engaged critically with Agamben’s reading of the history of thought over and against Arendt, Foucault, and Derrida’s particular readings of the history of the concept of sovereignty. In graduate school, Gratton was the long-time assistant editor for Philosophia Africana, and his interest in national sovereignty derived from the creation of race thinking in the West. He has published in such journals as Philosophy Today, European Legacy, and Telos, and from 2007 to 2010 was an editor for Radical Philosophy Review, and is the editor of several books in contemporary Continental philosophy.

Professor Gratton’s work on the metaphysics of sovereignty and its legacy in a certain theological conception of time led to his current work on immanence and time. In part, this work is driven by Jean-Luc Nancy’s call for a “trans-immanence” and its relation to temporality. This interest meant also confronting the recent movement of speculative realism, which provided the basis for his manuscript, Speculative Realism: Problems and Prospects (Continuum, 2013). He argues through much of his work, found in such journals as Analecta Hermeneutica and Speculations, that the new realisms and materialisms often sidestep crucial aspects of post-Heideggerian Continental philosophy, especially as it relates to time. While these realisms certainly contest the sovereignty of the human over being, they nevertheless repeat conceptions of time critiqued by such figures as Heidegger and Derrida.

In 2012, Professor Gratton was a Research Fellow in the Humanities Centre at Australia National University, where he completed his work on speculative realism, and continued writing his manuscript on Time: Neither Transcendence nor Immanence. At the IAS, he plans to continue this work on transcendence and immanence in recent thought, by thinking of the motifs of light that pervade—and do much of the metaphorical and conceptual work—considerations of transcendence in the tradition dating to Plato and Plotinus. This is a light, however, that is forever shaded in darkness, as Plato’s own passages on the blindness of the “good beyond being” dictate. Thus he proposes a three-fold project: (1) a genealogy of the use of light as a by-word for non-material intellection in the Western traditions; (2) a consideration of the materiality of light through recent figures such as Lyotard, Meillassoux, and others; and (3) an attempt to think how this materiality is perhaps one implicitly or inadvertently presaged in a Platonist tradition that would deny this materiality, even as this light was to portend another world entirely. This meets up with two of his book projects, one on the new materialisms in recent Continental philosophy (including such figures as Meillassoux, Adrian Johnston, Catherine Malabou, and Jane Bennett), and one on immanentism and time, where light was supposed to be that which escaped the immanent structures of the world as such.