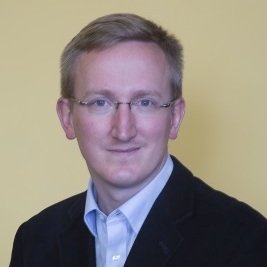 Tom Mole received his Ph.D. from the University of Bristol and is currently Reader in English Literature and Director of the Centre for the History of the Book at the University of Edinburgh. From 2005 until July 2013 he was Associate Professor and William Dawson Scholar in the Department of English at McGill University in Montreal. He is a literary critic and cultural historian specializing in the Romantic period in Britain, especially Lord Byron. His research focuses on three areas: the cultural history of celebrity, print culture and book history, and reception history. His monograph, Byron’s Romantic Celebrity (Palgrave, 2007), won the Elma Dangerfield prize from the International Byron Society. It argues that our modern celebrity culture began in the Romantic period, and that Lord Byron should be understood as one of its earliest examples and most astute critics. His work on Byron has also appeared in the Byron Journal, the Keats-Shelley Journal, Romanticism, Nineteenth-Century Contexts and elsewhere.

Professor Mole edited Romanticism and Celebrity Culture (Cambridge University Press, 2009, paperback 2012), which brings together twelve contributors to assemble the most complete account of Romantic celebrity available. Arguing that celebrity emerged in several areas of cultural production almost simultaneously, the book includes case studies from literature and the theatre, music and visual culture, fashion and boxing. Professor Mole has also published on celebrity in cultural-studies journals such as M/C: A Journal of Media and Culture and The International Journal of Cultural Studies.

Professor Mole has a well-developed interest in periodical writing of the Romantic period, especially the contentious rhetoric of reviewing. He edited a volume of reviews from Blackwood’s Edinburgh Magazine for a six-volume selected edition (Pickering and Chatto, 2006), and has published essays on reviewing in Romanticism and Blackwood’s Magazine (Palgrave, 2013)and the European Romantic Review.

Professor Mole is the Principal Investigator of the Interacting with Print Research Group, which aims to elaborate an innovative approach to the study of print culture in Europe from 1700 to 1900, based on the concept of interactivity. The group investigates how people interacted with printed matter, how they used print media to interact with other people and how printed texts and images interacted with each other and with non-print media to form complex media ecologies. This group has received funding from the Fonds de Recherche du Québéc: Société et Culture, and the Social Sciences and Humanities Research Council of Canada. It has organized a number of lectures and conferences, curated several exhibitions of rare books and produced a series of video interviews with scholars in the field.

Professor Mole is an associate editor for the Byron Journal, a member of the board of the Centre for Romantic Studies at the University of Bristol, and a member of the publications review committee of McGill-Queen’s University Press. At IAS, he will be researching the reception of Romantic authors in Victorian Britain, paying particular attention to understudied practices of citation, appropriation and redeployment, and to commodified or remediated sites of reception, such as illustrated editions, anthologies, statues and photographs.