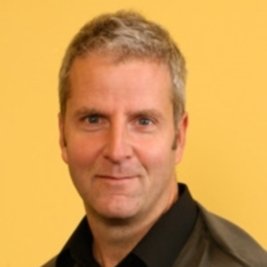 Dr. Pryke is a senior lecturer in the Department of Geography in the Faculty of Social Sciences, at the Open University. Before joining the Open University he held research and teaching posts at Universities of Manchester, Cambridge and Queen Mary. He has held visiting Fellowships at the University of Melbourne, UNSW and Swansea University.

Dr. Pryke is an editor of the new Journal of Cultural Economy. With Professor Paul du Gay (Warwick) he edited Cultural Economy (2002, Sage), and with Professors Gillian Rose (Open) and Sarah Whatmore (Oxford) Using Social Theory (2004, Sage). He has refereed for international journals and research councils, and published in a number of leading social science journals such as Economy and Society, Society and Space and Urban Studies.

His research falls under the umbrella of cultural economy and geographies of finance and ranges from work on the social and cultural development of the City of London; ESRC funded projects on the UK’s commercial property markets and the redevelopment of Berlin’s Potsdamer Platz; and Joseph Rowntree funded research on the development of new financial instruments for social and private sector housing markets in the UK (with Professor Christine Whitehead (LSE).

There are two interrelated strands to his current work which he will progress whilst at the IAS. First, there is a focus on the use and impact of the latest forms of visualisation software in key financial markets, such as US Treasuries and global equities. Initial work in this area was funded by a British Academy small grant and entitled ‘Money’s eyes’. This project examines in particular the effects on market formation and outcomes of these new tools of representation and simulation as they are employed to help market participants to interpret and manipulate data. Early findings have been presented at a number of invited seminars at ‘Envisioning Finance’, a workshop organized by the Department of Sociology, University of Basel (2006), and ‘Money, location and visibility’, a seminar organized by Department of Anthropology and CRESC, University of Manchester (2007). The second strand builds on earlier work published in Economy and Society and Geoforum on financial derivatives, to examine the growing integration of capital markets and ‘nature’ through for example the shaping of a market is so-called weather derivatives and catastrophe bonds. The aim here is to explore the social-cultural technical processes involved in the framing of such markets.