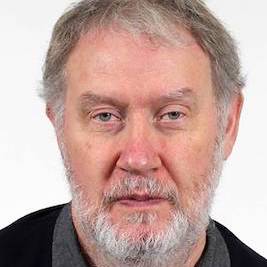 Peter Challenor works for the Natural Environment Research Council at the National Oceanography Centre based at Southampton University. Originally trained as a mathematician and statistician he now works in oceanography and climate. He started work looking at the estimation of extreme wave conditions for oil exploration in the North Sea, and he has since progressed through satellite remote sensing to climate modelling, and in particular the uncertainties in climate predictions. His current scientific interests are broad: stretching from wave climate and remote sensing to the statistical estimation of uncertainty in computer models, particularly ocean and climate models. As part of his work on ocean waves he was an investigator on the recent Huygens probe to Titan, the moon of Saturn. Unfortunately the probe touched down on dry land giving no wave data to be analysed. Other recent work has concerned the estimation of extreme wave heights from satellite data and the determination of the period of waves from radars in space.

Peter Challenor is a member of the NERC RAPID climate change programme steering committee and was on the organising committee for the international conference on Rapid Climate Change held in Birmingham in 2006. In 2006 Peter Challenor published the first quantitative estimate of the probability of the collapse of the thermohaline circulation in the North Atlantic ocean. He is a member of the American Geophysical Union and is on the board of directors of The International Environmetrics Society (TIES) and on the committee of the Royal Statistical Society’s Environmental Statistics Section.

During his time at the IAS Peter Challenor will be running a ‘research playground’ as part of a programme of workshops on Probability, Uncertainty, Climate and Modelling funded by the NERC International Opportunities Fund. The aim of the programme is to bring together climate scientists, modellers and statistians to tackle the problem of quantifying the uncertainties in forecasts of future climate. A research playground is to be an extended workshop lasting about six weeks. It will bring together equal numbers of climate scientists and statisticians both from the UK and abroad and will give them a chance to work together away from their home laboratories for an extended period. A shorter workshop is being held in Durham during September. As a Co-Investigator on the RCUK Basic Technologies project Managing Uncertainties in Complex Models Peter Challenor is looking forward to working with another of the team Professor Michael Goldstein during his time at the IAS.