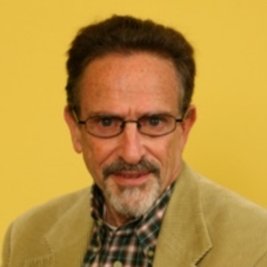 Professor Arthur Olson holds the Anderson Research Chair at The Scripps Research Institute in La Jolla, California. He holds degrees in Chemistry from the University of Michigan, and the University of California, Berkeley, where he obtained his Ph.D. in X-ray Crystallography. In 1976 he was awarded a Damon Runyon Cancer Fellowship at Harvard University, undertaking research on the first atomic resolution structure of an intact virus particle. Upon successful completion of that work he returned to Berkeley to become a Staff Scientist at Lawrence Berkeley Laboratory and Assistant Director of the U.S. National Resource for Computation in Chemistry. In 1982 he helped to establish the Department of Molecular Biology at the Scripps Research Institute, where he founded the Molecular Graphics Laboratory.

Professor Olson’s research career has focused on the development and use of computational technology to model, visualize and analyze the structures of biological molecules and their interactions. The software tools developed in his laboratory are in use worldwide in the fields of biomolecular structure analysis and drug design. His AutoDock code is currently in use in over 4000 laboratories and is the most cited and widely used program for predicting the interactions of drug candidates. Much of the work of his lab centers on the application of these computational tools to problems of human health, including research in thrombosis, cancer, and HIV/AIDS. Research from his laboratory has produced over 150 scientific publications.

Because of the intensive nature of his computational modeling, Prof. Olson has been a leader in developing and using large computational resources for research. His FightAIDS@Home project was the first Internet distributed computing project to be applied to biomedical research. Currently this project is utilizing over 500,000 volunteered computers around the world. Prof. Olson was recently recognized by the California State Legislature for his contributions to AIDS research.

Professor Olson is also recognized as a pioneer in computer graphics. Starting in the 1970’s he adapted early computer graphics systems to the display and manipulation of molecular models. He produced a number of computer animated films depicting the structure and function of protein assemblies. These films have been widely used in teaching both undergraduates and graduate students. He has also produced animated molecular segments for the public understanding of science for both television and other public venues, including an Omnimax film for Walt Disney’s Epcot Center in Florida. Other of his molecular graphics have been used in textbooks, magazines and newspapers and displayed in museums around the world.

Recently Professor Olson has been developing a new approach to molecular modeling and interaction termed “Tangible Interfaces for Molecular Biology.” He is using two evolving technologies, “solid object printing” and augmented reality, to create intuitive tools to explore the world of life’s molecular foundations. During the fellowship period at Durham he plans to connect this work to other disciplines involved in the process of creating, using and evaluating models. The key questions that he will explore involve three aspects of the modeling activity: representation, human perception, and utility.