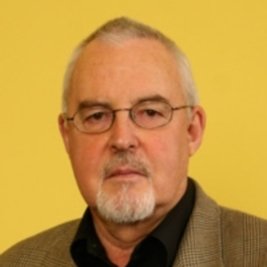 Professor Atholl Anderson holds the establishment chair of prehistory in the Institute of Advanced Studies at the Australian National University. He has degrees in geography, anthropology and archaeology including PhD and ScD in the latter from the University of Cambridge, where he was a Commonwealth Scholar. He taught for many years at Otago University, New Zealand, where he held a personal chair before moving to the ANU in 1993. He has held visiting fellowships at Clare Hall and Corpus Christi College (Cambridge), and at the University of the Ryukus (Okinawa), and Visiting and Research Fellowships (University of Tokyo) of the Japan Society for the Promotion of Science. He has been an exchange fellow of the Royal Swedish Academy of Arts and Letters, a Fulbright Visiting Scholar to the University of Hawaii, a James Cook Research Fellow of the Royal Society of New Zealand and a Leverhulme Visiting Professor at the University of York.

Anderson’s main research area is in the prehistoric colonisation of oceanic islands, primarily in the Indo-Pacific region. In pursuit of this he has directed archaeological projects in many islands, including both Christmas islands (Indian and Pacific oceans), the Batanes (Phillipines), Yaeyamas (Japan), Palau, New Caledonia, Fiji, Tonga, Niue, the Society, Austral and Gambier islands of French Polynesia, the Juan Fernandez group, the Galapagos islands and throughout the greater New Zealand archipelago. His particular interests have been in the structure and chronology of initial human colonisation, in the nature of seafaring, in the human impact on island environments and in the ethnohistory of the southern Maori (he is currently an adjunct professor of history at the University of Canterbury, New Zealand). His books include, Prodigious Birds: moas and moahunting in prehistoric New Zealand (1989), and The Welcome of Strangers: an ethnohistory of southern Maori (1998), and amongst numerous monographs, Beech Forest Hunters (1991), Traditional Lifeways of the Southern Maori (1994), The Prehistoric Archaeology of Norfolk Island (2001), The Archaeology of Niue Island (2002), and in press, The early prehistory of Fiji.

Professor Anderson has served on the editorial boards of Mankind, Archaeology in Oceania, Journal of Anthropological Science, Archaeofauna, International Journal of Osteoarchaeology, Journal of Island and Coastal Archaeology and Cultural Landscapes. He is a fellow of the Royal Society of New Zealand, the Australian Academy of the Humanities and the Society of Antiquaries and has been awarded the Stephenson Percy Smith, Elsdon Best and Federation medals and Companionship of the New Zealand Order of Merit.

He is working currently on the development of seafaring during the Holocene and during his time at the IAS he will be looking in particular at the way in which seafaring has been conceived and modelled in relation to the prehistoric colonisation of islands.