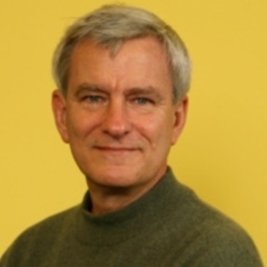 Professor Stark is currently Arthur Lehman Professor of Sociology and International Affairs at Columbia University where he directs the Center on Organizational Innovation. He is an External Faculty Member of the Santa Fe Institute and served as the President of the Society for the Advancement of Socio-Economics.

After receiving his PhD in Sociology from Harvard University in 1982, Professor Stark held faculty positions at Duke University, the University of Wisconsin, and Cornell University. For more than twenty-five years he has looked at organizational settings in which multiple principles for evaluating work and worth are at play. During the 1980s he conducted ethnographic research in Hungarian factories examining an organizational innovation in which workers leased equipment from the socialist firm in which they were employed. As they shifted daily from bureaucratized routines during the regular hours to self-organized practices in the off hours Stark’s informants were navigating among coexisting and competing evaluative principles.

After 1989, Professor Stark was a leading critic of “designer capitalism” – the blueprints, recipes, and formulas for getting from Communism to Capitalism in six steps or sixty. His book Postsocialist Pathways: Transforming Politics and Property in Eastern Europe (with Laszlo Bruszt, Cambridge University Press, 1998) examined the challenges of the simultaneous expansion of property rights and citizenship rights in postsocialist East Central Europe. Stark’s paper, “Recombinant Property in East European Capitalism,” (American Journal of Sociology 1996) has been frequently translated and reprinted and is included in the list of “greatest hits in sociology” with over 200 citations in scholarly journals.

Supported by major grants from the National Science Foundation, Professor Stark has augmented his ethnographic research with longitudinal data collection on the ownership ties among the largest 2,000 Hungarian enterprises as well as their personnel ties to political parties. His paper, “Social Times of Network Spaces”(with Balazs Vedres, American Journal of Sociology 2006) develops an innovative methodology that uses optimal matching (borrowed from DNA sequencing) to conduct a historial sequence analysis of the changing shape of network ties among Hungarian firms from 1987-2001.

While at the Institute of Advanced Study, Professor Stark will be completing a book manuscript for Princeton University Press. Worth: A Sociology of Value examines the search for value in heterarchical organizations. It draws on his research in Hungary as well as on two other prize-winning ethnographic studies: “Distributed Intelligence and the Organization of Diversity in New Media Projects” (with Monique Girard, Environment and Planning A) received the 2002 Ashby Prize in social geography; “Tools of the Trade: The Socio-Technology of Arbitrage in a Wall Street Trading Room” (with Daniel Beunza, Industrial and Corporate Change 2004) received an award from the American Sociological Association.