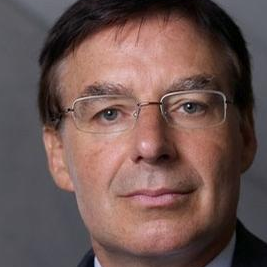 Didier Sornette holds the Chair of Entrepreneurial Risks at ETH Zurich (Swiss Federal Institute of Technology Zurich) since March 2006. He is also Adjunct Professor of Geophysics at IGPP and ESS at UCLA, and Concurrent Professor at the School of Business and Research Center of Systems Engineering at the East China University of Science and Technology (ECUST), Shanghai. He was previously jointly a Professor of Geophysics at UCLA, Los Angeles California and a Research Director on the theory and prediction of complex systems at the National Center for Scientific Research in France. He is also the Director of Research of Insight Research LLC, a R&D California based company.

Didier Sornette graduated from the Ecole Normale Superieure (ENS Ulm, Paris), in Physical Sciences (1977-81), obtained his Master thesis at University of Nice (1981) and his PhD at University of Nice in Physical Sciences (1985). He did his post-doc at College de France in the Condensed Matter Laboratory of Prof. P.G. de Gennes (Nobel prize in Physics, 1991) (1985-1986). He was a visiting scientist at ANU, Canberra, Australia (1984), at the Ecole Polytechnique, Paris (1986-1990) and at the Institute of Theoretical Physics at Santa Barbara, CA (1992).

Didier Sornette has been the Director of Research in the X-RS R&D company in Orsay, France (1988-1995), the Scientific advisor of the technical director of Thomson-Marconi Sonar company (now THALES) in Nice-Sophia Antipolis Technopolis, France (1984-1996) and consultant for numerous aerospace industrial companies, banks, investment and reinsurance companies (1991-present). Since the publication of his best-seller Why Stock Markets Crash, he is a regular speaker at major financial world centers to educate CEOs and CFOs on financial risks.

Didier Sornette is the author and coauthor of more than 350 research papers in refereed international journals and more than 120 papers in books and conference proceedings. He is the editor of two proceedings of two international conferences, the author of the textbook Critical Phenomena in Natural Sciences, Chaos, Fractals, Self-organization and Disorder: Concepts and Tools (2nd edition (Springer Series in Synergetics, Heidelberg, 2004 and 2006), of Why Stock Markets Crash (Critical Events in Complex Financial Systems) (Princeton University Press, 2003), and co-author (with Y. Malevergne) of the monograph Extreme Financial Risks (From dependence to risk management) (Springer, 2005).
He has been invited more than 350 times to present his work in international conferences and Universities worldwide. Didier Sornette is member of the Editorial board for the Springer Lecture Notes, the Springer Series on Synergetics and the Springer Complexity Programme.