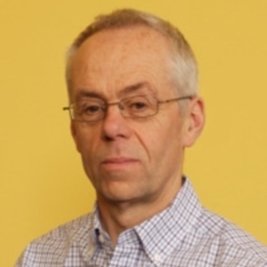 Professor Donald MacKenzie’s first degree was in Applied Mathematics at the University of Edinburgh, where he went on to study for his PhD at Edinburgh’s Science Studies Unit. He was appointed to a Lectureship in Edinburgh University’s Department of Sociology in 1975, and now holds a Personal Chair. He has held visiting positions at Deakin University, the École Nationale Supérieure des Mines de Paris, Harvard University and the Max-Planck-Institut für Wissenschaftsgeschichte.

His work, which has mostly been in the sociology of science and technology, has led to five books: Statistics in Britain, 1865-1930: The Social Construction of Scientific Knowledge (Edinburgh University Press, 1981); Inventing Accuracy: A Historical Sociology of Nuclear Missile Guidance (MIT Press, 1990); Knowing Machines: Essays on Technical Change (MIT Press, 1996); Mechanizing Proof: Computing, Risk, and Trust (MIT Press, 2001); An Engine, not a Camera: How Financial Models Shape Markets (MIT Press, 2006). The last of these books reflects his current research interest in the sociology of markets.

During his time at IAS, he will be working on two projects. The first is on the evolution of credit derivatives markets, and especially on the role of mathematical models in those markets. The second is on the development of greenhouse-gas emissions markets, where he will analyzing the socio-political and technological conditions necessary for those markets to become effective tools of abatement.