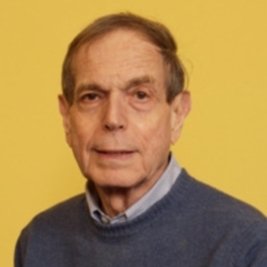 Professor Harwit has spent much of his career building telescopes to observe infrared radiation from the Cosmos. To detect this radiation, telescopes have to be launched into space, beyond Earth’s strongly absorbing atmosphere. At infrared wavelengths telescopes can discern the role of chemical processes in the evolution of galaxies, the birth of stars and formation of planets. To make such observations possible, Harwit designed, built, and launched the first rocket-borne liquid-helium-cooled telescopes in the late1960s. He and his students also conducted astronomical observations from high-altitude NASA aircraft.

These instrumental advances focused attention on the role that novel tools have played in promoting astronomical discoveries. In 1980 Harwit published “Cosmic Discovery,” a book translated into German and French, in which he demonstrated that new tools rather than ideas or theories had been the prime factors leading to observational discoveries in astronomy. In 1985, he and a colleague in the History Department at Cornell jointly founded a PhD-granting program in the History and Philosophy of Science and Technology, which they co-directed from1985 to 1987.

In 1987, Professor Harwit left Cornell to become director of the National Air and Space Museum in Washington, DC. There, he oversaw the production of three wide-screen IMAX films, “Blue Planet”, dealing with Earth; “Destiny in Space,” concentrating on space exploration; and “Cosmic Voyage,” which dealt with space and time in the Cosmos. The last of these was nominated for an Academy of Motion Pictures award for best documentaries. The museum was also engaged in the restoration of historical aircraft, among them the “Enola Gay,” which had dropped history’s first atomic bomb on Hiroshima. A planned exhibition of this B-29 bomber was strongly opposed by Air Force lobbyists and the US Congress, and was cancelled in early 1995 before ever opening. Professor Harwit resigned from the museum and recounted the controversy in “An Exhibit Denied — Lobbying the History of Enola Gay,” published in 1996 and later translated into Japanese.

Professor Harwit has extensively participated in international astronomical ventures. Since 1985, he has worked on two European Space Agency (ESA) infrared astronomical space missions. He has been an external member of the Max Planck Society of Germany since 1979. In 2002 he was the Adriaan Blaauw visiting professor of Astronomy at the University of Groningen in the Netherlands.

In 2006, Springer issued the fourth, fully revised edition of “Astrophysical Concepts,” a textbook Harwit first published in 1973. Harwit is currently professor emeritus of astronomy at Cornell. He lives and works in Washington, DC. During his visit at the IAS in Durham he will attempt to model the factors that lead not just to astronomical discovery, but to a deeper understanding of fundamental processes at work in the Universe.