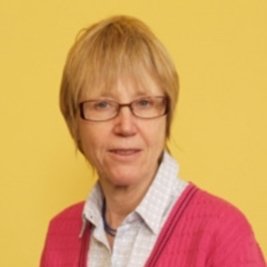 Professor Nancy Cartwright is a philosopher and methodologist of science. Her early work was in philosophy of physics, at Stanford University where she taught for 18 years; since coming to the U.K. in 1991 she has been focussing in the philosophy of social and economic science. She currently works in the Department of Philosophy, Logic and Scientific Method at the London School of Economics, where she launched their now outstanding programme in philosophy of economics, and part-time in the department of Philosophy at the University of California at San Diego, where she works with historians and sociologists in the Science Studies Program. She is also currently Director of LSE’s centre for Philosophy of Natural and Social Science, a leading international centre that she was instrumental in developing. Cartwright has a BSc in mathematics from the University of Pittsburgh and a PhD in philosophy from the University of Illinois at Chicago Circle.

Cartwright is often praised for her role in focussing the philosophy of science far more on science as it is actually practised and in making causality a legitimate topic in philosophy of science against Positivist strictures. Her first book, How the Laws of Physics Lie (OUP, 1983), is a widely used study of realism and objectivity in science. It also contains a much-cited discussion of causal laws and effective strategies, a topic that she returns to in her most recent book, Hunting Causes and Using Them: Approaches in Philosophy and Economics (CUP, 2007). In between she has written Nature’s Capacities and their Measurement (OUP, 1989), a defence of strong concepts of causality that underwrite carrying causal conclusions from experimental to ‘real-life’ settings; The Dappled World: (CUP, 1999), which is a controversial study of the boundaries of science; and with Jordi Cat, Lola Fleck, Thomas E Uebel, a book on left-wing member of the Vienna Circle who spearheaded the unity of science movement, Otto Neurath: Philosophy between Science and Politics (CUP, 1995); as well as Measuring Causes: Invariance, Modularity and the Causal Markov Condition, a monograph in the Measurement in Physics and Economics Discussion Paper Series from the Centre for Philosophy of Natural and Social Science at LSE (2000).

Cartwright is a fellow of the British Academy, of the German Academy of Natural Science (Leopoldina), and of the American Philosophical Society (America’s oldest honorary academic society) and a recipient of MacArthur Fellowship, as well as a member of the American Academy of Arts and Sciences. She has held visiting appointments at Princeton, Pittsburgh, UCLA and Oslo and is currently an associate member of Nuffield College, Oxford. At the Institute of Advanced Study in Durham she will work with an interdisciplinary group on modelling in science, to which she brings earlier work on how abstract models from the mathematical sciences can teach about the real world.

Professor Nancy Cartwright has since moved to Durham University.