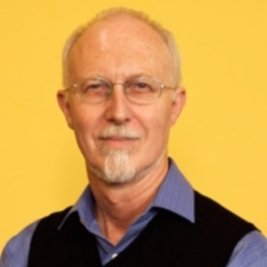 Associate Professor Roland Fletcher is a theoretical archaeologist who completed his PhD at Cambridge University in the 1970s and joined the University of Sydney in 1976. He has been an Academic Guest in Harvard, a Visiting Fellow at Clare Hall in Cambridge and a Research Collaborator at the Smithsonian Institution. Recently he was elected as a Fellow of the Society of Antiquaries of London.

Roland Fletcher has developed a global, multi-scalar explanatory approach to Archaeology. His approach defines the complementary role of different scales of explanation and specifies the fundamental role of the non-correspondence between materiality and social life in the outcomes of change. His field of expertise combines the theory and philosophy of archaeology with the analysis of large-scale cultural phenomena over time. Currently he is working on the study of settlement growth and decline, in particular on low-density pre-industrial urbanism at Angkor in Cambodia. At Angkor he has instigated a major, international, collaborative research program and is a Director of the Greater Angkor Project and the Living With Heritage Project.

In 1995 he published a worldwide analysis of settlement growth and decline over the past 15,000 years in The Limits of Settlement Growth. A theoretical outline with Cambridge University Press. In Barbed wire was an invention to control American cows (Cambridge Archaeological Journal 2003) he reappraised Darwinian theory in Archaeology. The non-correspondence approach to explaining outcomes is presented in Materiality, space, time and outcome (Bintliff (ed.) 2004. The Blackwell Companion to Archaeology).

The Australian Research Council and UNESCO provided over $2 million for five years to fund both the research of the Greater Angkor Project on the limits of settlement growth at Angkor; and the applied research of the Living with Heritage Project to create an information management system for Angkor. The Angkor program involves collaboration with internationally renowned research agencies such as the EFEO, the Finnish Environmental Institute and NASA/JPL.

Roland Fletcher was an invited participant and speaker as Australian UNESCO delegate at the Second Intergovernmental Conference on Angkor in Paris in 2003. He has given invited lectures to the Council of Ministers of the Royal Cambodian government, and for the Royal Cambodian embassy in Washington DC, and the Australian embassies in New Delhi and Phnom Penh. In 2002 the Greater Angkor Project was the topic of a National Geographic International TV documentary, entitled Lost City. In 2006 he organised the Angkor, Landscape City and Temple international conference at the University of Sydney under UNESCO patronage. He also established the Australian diplomatic participation at the UNESCO meetings for the Angkor World Heritage Site.

At the IAS he will work with Professor Wilkinson’s landscape group on modelling and with Professor Coningham on comparisons between Angkor and urban patterns in medieval Sri Lanka. The multi-scalar analysis has some implications for the trajectories of contemporary industrial-based low-density urbanism. The study will be published following the Amerind Foundation conference in March 2008 on Landscape, economy, and power in deep history: towards a new comparative synthesis.