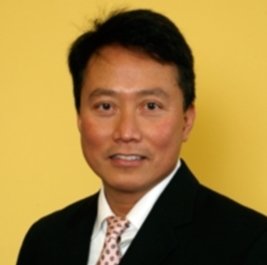 Professor Borja works in theoretical and computational solid mechanics with application to geomechanics and geosciences. His research includes developing theoretical and computational models for capturing large deformation and instability phenomena in soils and rocks, including the initiation of deformation bands, liquefaction of saturated sands, earthquake fault nucleation and propagation in rocks, pore collapse in high porosity solids, and folding and fracturing of geologic media. He has also developed theoretical and numerical models for capturing fluid flow phenomena in fully and partially saturated granular materials, and has used them to study the initiation of landslides and debris flow in saturated slopes. Professor Borja is currently involved in a project sponsored by the US National Science Foundation dealing with kilometer-scale folding of rock strata superimposed with kilometer-scale faulting and centimeter-scale fracturing of these materials.

Professor Borja has participated in a number of projects in which he developed numerical models for critical structures and historical monuments. He has been involved in the restoration of the Tower of Pisa, where he developed a three-dimensional nonlinear finite element model to predict the movement of this tower due to changes in the groundwater table. He has developed a three-dimensional finite element model of the South Memnon Colossus, an ancient landmark in Luxor, Egypt, to investigate its dynamic response to earthquake excitation. He has constructed a nonlinear finite element model to study the effect of dynamic soil-structure interaction on a nuclear power plant structure subjected to a strong seismic ground motion.

During his time at the IAS, Professor Borja will be finishing his two books, the first dealing with modeling and computation in plasticity, and the second dealing with solid deformation-fluid flow problems. He also will interact with a number of faculty in engineering and geosciences at Durham University to work on various problems dealing with multiscale phenomena. Multiscale problems of engineering interest to him range from the nano-scale to the meter-scale, whereas problems of interest in geosciences can be as large as the kilometer-scale.