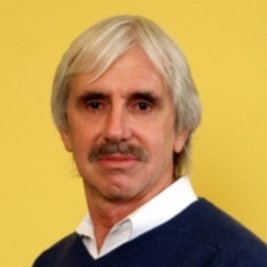 Professor J. Stephen Lansing is a professor of anthropology at the University of Arizona, with a joint appointment in Ecology and Evolutionary Biology. He is also a resident professor at the Santa Fe Institute, birthplace of complexity science, and director of Yayasan Somia Pretiwi, an Indonesian foundation promoting collaborative research on environmental problems in the tropics.

Princeton ecologist Simon Levin writes that Lansing “is unique in his ability to explain order in human societies within the framework of complex systems theory. His third book, Priests and Programmers: technologies of power in the engineered landscape of Bali (1991) won the J.I. Staley prize for the best book in anthropology in the year it was published, and “has long since become a classic in sustainability science”, as Harvard ecologist William Clark wrote in the foreword to a 2007 edition. Perfect Order: recognizing complexity in Bali appeared in 2006, and was hailed as a new classic in the anthropology of religion, the environment and society. Clifford Geertz of the Institute for Advanced Study in Princeton wrote that “the extraordinary complexity of Balinese social life, the grand variousness of its culture, and the clockwork precision of its terraced rice fields climbing up the sides of towering volcanoes have long astonished scholars, administrators and tourists alike…[Perfect Order] uncovers the principles which animate them and traces the ways they support and govern one another to produce a tremulous and troubled self-organizing, self-repairing whole.”

During his time at the IAS, Professor Lansing will be working on a new project: building and testing anthropological models to explain observed patterns of genetic and linguistic variation at the scales at which they originate. Communities of interacting individuals form the raw material for both language change and gene flow. But until now, most studies of genetic and linguistic differentiation have focused on large-scale regional or continental patterns, characterized from a phylogenetic perspective. Yet all such patterns arise from processes that begin at the community level. Using genetic, linguistic, demographic, environmental, medical and ethnographic data from villages in the Indonesian archipelago, Lansing and his colleagues are investigating how community-scale historical processes produce patterns of human sociality, language speciation and disease prevalence.

Professor Lansing chaired the anthropology department of the University of Southern California for five years and later held a joint professorship in anthropology and the School of Natural Resources & Environment at the University of Michigan. He has been a Fellow at the Institute for Advanced Study in Princeton and the Center for Advanced Study in the Behavioral Sciences at Stanford, a visiting lecturer at various Indonesian universities and a Fulbright fellow. Documentary films include The Three Worlds of Bali (1981), The Goddess and the Computer (1988), and a segment of The Sacred Balance (2003). A new film on Indonesian Origins is being edited at West Park Pictures (London), with support from San Francisco’s Exploratorium and the National Science Foundation.