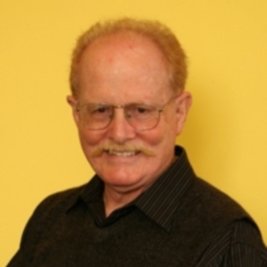 Professor Willard Bohn is a well-known scholar, comparatist, and art historian who has degrees in French, English, and Comparative Literature. He obtained his PhD from the University of California at Berkeley, where he was a Chancellor’s Fellow. Before coming to Illinois State University, where he is a Distinguished Professor, he taught at Brandeis University in Massachusetts and at the University of California at Santa Cruz. Professor Bohn was a Visiting Fellow at Cambridge University in 2006 and was chosen to deliver the Oliver Smithies lectures at Balliol College, Oxford University, the year before. In 1999, he was elected Fowler Hamilton Visiting Research Fellow at Christ Church College, Oxford University, where he spent the fall semester. He has been the recipient of grants or fellowships from the National Endowment for the Humanities, the American Council of Learned Societies, the American Philosophical Society, the Fulbright-Hays Commission, the Camargo Foundation in France, the Institut Français de Washington, and the Gladys Krieble Delmas Foundation, among others.

An active scholar with an international reputation, Professor Bohn specializes in the study of avant-garde literature and art. He has lectured on numerous occasions at universities such as Oxford, Cambridge, the Sorbonne, Yale University, the University of Illinois, and UCLA. His work on modern visual poetry and on Guillaume Apollinaire has attracted favorable attention from scholars on both sides of the Atlantic. He has authored one hundred thirty articles and twelve books, including The Aesthetics of Visual Poetry (1986, 1993), Modern Visual Poetry (2000), Apollinaire, Visual Poetry, and Art Criticism (1993), Apollinaire and the Faceless Man (1991), The Dada Market (1993), Apollinaire and the International Avant-Garde (1997), The Rise of Surrealism (2001), The Other Futurism (2004), and Marvelous Encounters: Surrealist Responses to Film, Art, Poetry, and Architecture (2005). Entitled Apollinaire on the Edge, a thirteenth volume is scheduled to be published this year.

Professor Bohn is currently working on a book-length study to be entitled Reading Visual Poetry. During his time at the IAS, he will be conducting research on, and writing about, the dynamics involved in deciphering this fascinating genre, which has interested many modern poets. Visual poetry itself may be defined as as poetry that is meant to be seen-that presupposes a viewer as well as a reader. Although its roots extend back several millennia, it has become one of the hallmarks of our modern age.