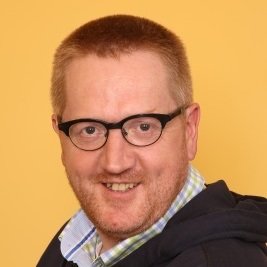 Thomas Servais is Research Director at the French National Centre for Scientific Research (CNRS), based at the University of Lille. Trained as a geologist and palaeontologist in Namur and Liège (Belgium), he continued post-doctoral research in Berlin (Germany) and at the British Geological Survey (Keyworth-Nottingham, UK), working on the biostratigraphy, palaeoecology and palaeogeography of different fossil groups, in particular the enigmatic microfossil group of the acritarchs.

His research is focused on the evolution of early ecosystems, marine and terrestrial, during the Early Palaeozoic periods, i.e., some 550 to 350 million years ago, when the oceans were getting filled with marine life, and when plants and animals moved to the continents. His particular interest lies in the evolution of the phytoplankton that constitutes the base of the marine food chains, and that has a major significance on carbon dioxide consumption and oxygen production, i.e. on global change, past and present.

Dr Servais is the author of over 100 articles in journals dedicated to geology and palaeontology, and he has edited several special issues and books, among them a Geological Society of London Memoir on Lower Palaeozoic palaeobiogeographies. Specialized on the Ordovician Period, he is currently elected Vice-Chairman of the International Subcommission of Ordovician Stratigraphy, after having been the leader of an International Geoscience Programme (IGCP) on ‘Ordovician Palaeogeography and Palaeoclimate,’ that brought together over 250 scientists from all around the world.

In Durham his work will be focused on the understanding of the global changes that took place when the life exploded in the oceans, during the Cambrian-Ordovician periods, with a particular focus on the reconstruction of past palaeogeographies, and the main objective to locate ancient continents, oceans and oceanic currents.