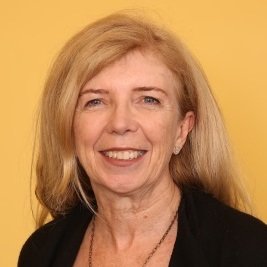 Ann McGrath is a Professor of History in the Research School of Social Sciences and inaugural Director of the Australian Centre for Indigenous History, which she has led since 2003. She obtained her Bachelor of Arts (Honours in History) from the University of Queensland and her Doctorate from LaTrobe University. She is a Fellow of the Australian Academy of Social Sciences and a Member of the Institute for Advanced Study, Princeton. In 2014 she was awarded a Scholarly Residency at the Rockefeller Centre at Bellagio. In 2007, she was honored with an Order of Australia Medal for her contributions to history, especially Australian Indigenous history. Linnaeus University, Sweden awarded her a Hedersdoctorer/Honorary Doctorate. She was an elected member of the Council of the Australian National University 2008-2012. She previously worked at the University of New South Wales, at Monash University and at the Darwin Community College, and has been a Visiting Fellow at Yale University, where she gained the Archibald Hannah Jr Fellowship in American History. McGrath has been a Visiting Fellow and/or invited keynote speaker at various universities in the United States, Canada and New Zealand.

She has published numerous books, scholarly articles and book chapters on gender, colonialism, Indigenous history, land rights and public history in Australia and North America. McGrath has won various prizes for her books, including the W.K Hancock Prize for Born in the Cattle: Aborigines in Cattle Country (1987), the Human Rights Award for non-fiction for the co-authored (with P. Grimshaw, M. Lake and M. Quartly) Creating a Nation (1994). Her edited volume Contested Ground (1995) won the New South Wales Society of Women Writers Prize. One of her recent publications How to Write History that People want to read (2009; 2011) which she co-authored with Ann Curthoys focuses on the practice of history. With Mary Anne Jebb, she co-edited Long History, Deep Time (ANU Press, 2015). Her most recent publication is Illicit Love: Interracial Sex and Marriage in the United States and Australia (U Nebraska, 2015).

Ann McGrath has been committed to exploring and delivering history in diverse formats, including film and museum exhibitions. She has shared historical expertise in court cases, including those pertaining to land claims and stolen children, and has contributed in national parks interpretation, where she served on the Greater Blue Mountains World Heritage Authority Advisory Committee 2011-2015. She is on the Editorial Board of the international journal Public Historian and the Advisory Board of Transnational Subjects and she is Vice President of the Aboriginal History Journal. She has lectured in a diverse range of history subjects, including history in the field, and has supervised numerous innovative Doctoral theses. Her recent student Dr Laura Rademaker won the Australian National University’s Crawford Prize in History, 2015.

She has led several large history projects funded by Australian Research Council grants, including the multiple-partner Linkage Project, ‘Deepening Histories of Place: Sites of National and International Significance’, which has created several digital history products. Her documentary film Message from Mungo (Ronin Films, 2014, co-directed and produced with Andrew Pike) won a United Nations Association of Australia Media Award and was selected in a range of film festivals, including the Berlin Down Under Film Festival, the Byron Bay Film Festival, Lebanon Film Festival, Stronger than Fiction international documentary festival and the Seven Islands Festival, Mumbai.

She is particularly interested in the theme of temporal scale, and her current work aims to bridge the boundaries between history and archaeology, especially in the telling of Australian history, where she explores the theme of deep time and how this can be integrated into the telling of the continent’s past. She participated in the American Historical Review’s ‘Conversation’ on Scale in 2013; Aslanian, S., Chaplin, J. Mann, K., McGrath, A., “How Size Matters: the Question of Scale in History”. American Historical Review 118:5 (2013): 1431-1472. Her research project on the story of Lady Mungo, a woman who lived in the Willandra Lakes District of Australia at least 40,000 years ago, challenges current notions of the history discipline’s temporal scale.