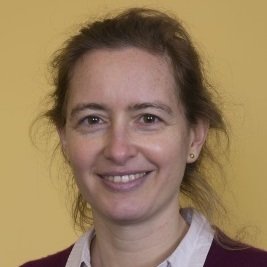 The main focus of her research to date has been the philosophical process through which central concepts of metaphysics and natural philosophy, such as time or speed, arise in Greek antiquity. By showing that such concepts were originally spelt out in ways significantly different from the way they are today, she aims to make us aware both of the rich conceptual basis we often take for granted in such a way as to have difficulty imagining alternatives, as well as to sketch out possible alternative understandings. On the one hand, her concern is to show that and how such notions result from a long process of conceptual development. This is the focus of her first book, on the development of ancient natural philosophy, the manuscript for which she has just finished. On the other hand, she shows what may have been lost in the course of such development. This is the focus of her projected second book.

The first book, Natural Philosophy in Ancient Greece, concerns the history of the establishment of natural philosophy as a proper scientific endeavor in philosophers from Parmenides to Aristotle. The modern understanding of motion as a distance traveled in a certain period of time is not just a given, but depended on logical, ontological, and methodological developments, as well as on the integration of important mathematical notions into philosophical discussion. By tracing the development of this conceptualization, she shows how antiquity prepared the path for the conception of motion we have today.

The projected second book, Ancient Notions of Time from Homer to Plato, will show how the understanding of time changed dramatically in the thought of writers at the very beginning of the Western tradition. Early Greek literature – philosophical and non-philosophical – offers an unusually rich collection of philosophically interesting temporal structures. In the book she excavates this diverse array of temporal notions and their explanatory power for everyday temporal experiences and shows how certain demands from historians and philosophers led, in the end, to the formation of a unified notion of time.