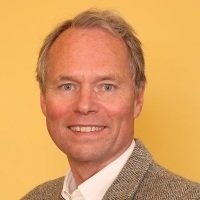 Hans Petter Graver is Professor of Law at the University of Oslo. His research encompasses a broad range of issues within law, sociology of law and legal theory. He is the author of one of the primary textbooks in Norwegian administrative law, and has written books and articles on European law and its impact in national law, particularly on the division between the market and the public sector. His most recent interest has been in legal argumentation, legal ethics and the judicial role when the rule of law is challenged by authoritarianism. His most recent books are Judges Against Justice On Judges when the Rule of Law is Under Attack (Springer 2015) and The Judges’ War, and (in Norwegian) The German Occupation 1940-1945 and the Rule of Law in Norway (Pax 2015).

Professor Graver was Dean of the Faculty of Law until the end of 2015. He has been a visiting scholar at the Department of Commercial and European Law at Heidelberg University. Before entering the Academy in 1993, he worked as legal counsel (barrister) at the attorney general’s office in Norway. He also has experience from the Ministry of Public Administration. Professor Graver is a member, and presently Vice President of The Norwegian Academy of Science and Letters.

In addition to his university position, Professor Graver has been frequently used by the Norwegian government in law-reform work and in special commissions. He headed the commissions that made the proposal for the Competition act, the act on access to environmental information and the ethical guidelines for the Norwegian Petroleum Fund. He is presently engaged as chair of the commission to propose a reform of the Norwegian court system in children and family matters and in asylum and immigration cases. Between January-March 2016 he was engaged by USAID to give advice on the lustration of the judiciary of Ukraine.

Professor Graver has written more than 10 monographs and more than 100 articles in peer-reviewed journals and edited volumes.

While in Durham, Professor Graver will develop further his work on judges in authoritarian legal systems to explore further why some authoritarian rulers chose to oppress opposition through courts with relative independence, and why independent judges so easily comply. He will in particular explore whether small legal communities such as the Norwegian, are less robust than larger communities against being used, and will consider the British experience with the Channel Islands under German occupation.