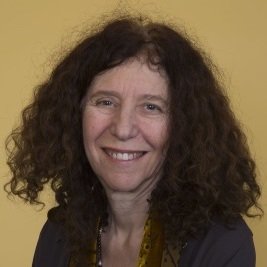 Ida Susser is Professor and Chair of Anthropology at Hunter College, Professor of Anthropology at the CUNY Graduate Center and adjunct Professor of Socio-Medical Sciences at the Mailman School of Public Health, Columbia University. She has conducted ethnographic research with respect to urban social movements and the urban commons in the United States and Europe as well as with respect to the gendered politics, local, national and global of the AIDS epidemic in New York City, Puerto Rico and southern Africa.

Her updated book Norman Street: Poverty and Politics in an Urban Neighborhood (Oxford University Press) features a new section, ‘Claiming a Right to New York City’, which discusses the changing neighborhoods of Greenpoint and Williamsburg in Brooklyn from the original ethnography which began with the New York City fiscal crisis and the occupation of the People’s Firehouse in 1975 to the Occupy movement of 2011. It documents the displacement of the Latino/a population through gentrification over the past decades as well as the collaboration of artists, actors, dancers, theater directors, writers and working class people in mobilizing to improve environmental and living conditions. All these were threatened by the 2005 rezoning process instigated by Mayor Bloomberg to attract major corporate investors and an upscale international elite. Later articles explore the emergence of commoning in the battle to save the affordable housing, diverse population, parks, swimming pool and riverfront views which the community had created.

Other recent books are AIDS, Sex and Culture: Global Politics and Survival in Southern Africa (Wiley-Blackwell) which was awarded the Eileen Basker Memorial Prize for research in women and health by the Society for Medical Anthropology (2012); a co-edited book Rethinking America (Paradigm Press); and Medical Anthropology in the World System (co-authored, Praeger, 3rd edition). Other publications include: Wounded Cities: Destruction and Reconstruction in a Globalized World (co-editor, Berg); The Castells Reader on the Cities and Social Theory (editor, Blackwell); and Cultural Diversity in the United States (co-editor, Blackwell).

As U.S. editor of Critique of Anthropology she edited special issues on The Increasing Gap between Rich and Poor, The Informational Society, Flexible Accumulation and 9/11: Critical Ethnography of New York City.

She was co-chair of the Social Science Track for the 2008 Mexico City International AIDS Society Conference, co-chair of the AAA Commission of World Anthropologies and is a founding member of the steering committee of Athena: Advancing Gender Equity and Human Rights in the Global Response to HIV/AIDS.