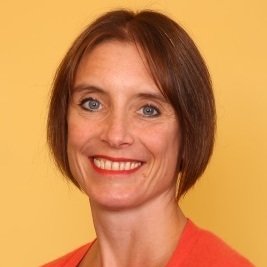 Julia Prest is Professor in Early-Modern French at the University of St Andrews. Her research is on the theory, practice and history of all types of theatre, including ballet and opera. Dr Prest is a reviewer for the Times Literary Supplement and sits on a number of editorial boards in the UK and USA.

Prior to moving to St Andrews, Dr Prest was Assistant Professor in the Department of French at Yale University. A graduate in French and Music, Dr Prest wrote her PhD on Molière’s comédies-ballets at the University of Cambridge, where she put on a production of Molière Le Mariage forcé complete with Lully’s original music and a reconstruction of the danced portions of the work. Following her PhD, Dr Prest spent three years as a Junior Research Fellow at Jesus College, Oxford, where she worked on cross-casting in a wide range of theatrical traditions including court ballet, school drama, comedy and opera. This culminated in the publication of her first monograph: Theatre under Louis XIV: Cross-Casting and the Performance of Gender in Drama, Ballet and Opera (New York: Palgrave, 2006; paperback 2013).

In her second monograph, Controversy in French Theatre: Molière’s Tartuffe and the Struggle for Influence (New York: Palgrave, 2014; paperback 2016), Dr Prest offers the first comprehensive account of the most significant controversy in the history of French theatre. She changes the terms of the debate, arguing that Tartuffe was a key locus for the struggle for influence among competing political and religious factions during the early reign of Louis XIV. Dr Prest’s articles include pieces on the castrato singer, a sado-masochistic re-reading of Tartuffe and an exploration of the politics of violence in court ballet during the Wars of Religion.

Dr Prest is working on an impact project on Translating Opera, using the eighteenth-century’s most international composer, Gluck, as a case study. She sings in the chorus of the Byre Opera Company (formerly St Andrews Opera), which performed her new English translation of Gluck’s Iphigénie en Tauride in June 2015. The translation will also be used by Red Earth Opera, Devon in their production of the work in March 2016.

Dr Prest’s current book project is on theatre in eighteenth-century Saint-Domingue (the French Caribbean colony that became Haiti in 1804), which boasted the most vibrant theatrical tradition of the colonial Caribbean. Dr Prest examines performance practices in the context of local conditions, paying particular attention to the question of exclusion and integration with regard to race and, to a lesser extent, gender. At the Institute of Advanced Study, Dr Prest will explore the racial scale at work in Saint-Domingue, focusing on two women of mixed race who, exceptionally, made their name as solo performers. Dr Prest also plans to develop a broader project on Race and Theatre in which she will explore modern casting practices alongside audience response. While numerous theatre companies now claim to practice colour-blind casting, the same cannot be said of audience response.