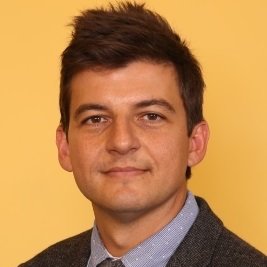 Massimo Leone is Professor of Semiotics, Cultural Semiotics, and Visual Semiotics at the University of Turin, and is Director of the MA Program in Communication Studies. His work deals with visual embodiments of religion and law. He is particularly interested in comparative research about the visual imaginary of equity and justice. He graduated in Communication Studies from the University of Siena, and holds a DEA in History and Semiotics of Texts and Documents from Paris VII, an MPhil in Word and Image Studies from Trinity College Dublin, a PhD in Religious Studies from the Sorbonne, and a PhD in Art History from the University of Fribourg (CH). His doctoral dissertations focused on representations of religious conversion in early-modern hagiography and iconography.

At the IAS, he will be working on a comparative study of the iconographies of the scales as visual symbol of equity and justice.