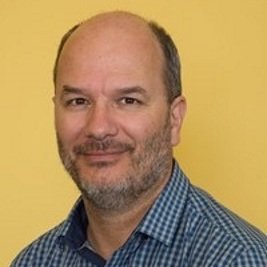 Nicholas Aroney is Professor of Constitutional Law at the University of Queensland. He is also a Fellow of the Centre for Public, International and Comparative Law and a Research Fellow of Emmanuel College at the University of Queensland. In addition he is an External Member of the Islam, Law and Modernity research program at Durham University and a Fellow of the Centre for Law and Religion at Emory University. In 2010 he also received of a prestigious four-year Future Fellowship from the Australian Research Council to study comparative federalism.

Professor Aroney has held visiting positions at Oxford, Cambridge, Edinburgh, Sydney, Emory and Tilburg universities. Most recently, he was a Visiting Professor of the Institut Michel Villey at the University of Paris II (Panthéon-Assas). He has published over 100 books, journal articles and book chapters in the fields of constitutional law, comparative constitutional law and legal theory. He has led several international research projects in comparative federalism, bicameralism, legal pluralism, and law & religion, and he speaks frequently at international conferences on these topics.

Professor Aroney is currently working on a monograph entitled Federal Constitutionalism: Theory, Principle and Practice and an edited volume entitled Christianity and Constitutionalism for Cambridge University Press (with Ian Leigh). During his fellowship at the Institute of Advanced Study at Durham University, Professor Aroney will undertake research relating to these two projects.

The first focus of his research at the IAS will address a suite of problems associated with the constitutional status of the devolved parliaments in the United Kingdom. These will include the legal and political issues arising out of Britain’s withdrawal from the European Union and difficulties in reforming the British Parliament to make it more representative of the constituent nations of the United Kingdom. Both of these issues arise out of the phenomenon that the Parliament at Westminster has to function simultaneously as the ‘special legislature’ for England, the ‘general legislature’ for the United Kingdom and the ‘sovereign legislature’ upon which the whole system of devolution depends and to which the British Government is ultimately responsible.

The second focus of Professor Aroney’s research will involve the early stages of a three-year project examining the co-constitutive relationship between the evolving religious beliefs, philosophical principles, political orders and legal systems that have long characterised the constitutional systems of the West. Professor Aroney will convene with Professor Ian Leigh an international, multi-disciplinary workshop on the complex and multi-faceted relationship between religion and the development of constitutionalism in the West, considered from the vantage points of history, law and theology.