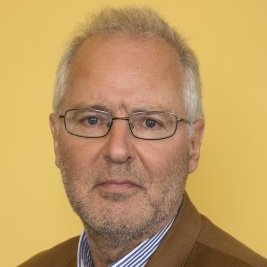 Professor Nigel Rapport (MA (Cambridge 1978), PhD (Manchester 1983)) has held a Chair in Anthropological and Philosophical Studies, in the Department of Social Anthropology, at the University of St Andrews since 1996. Recently he has been Head of School of Philosophy, Social Anthropology, Film and Music. He is Founding Director of the St Andrews Centre for Cosmopolitan Studies (CCS). Between 2004 and 2007 he held a Canada Research Chair in Globalization, Citizenship and Justice (at Concordia University of Montreal). He has been elected a fellow of the Royal Society of Edinburgh and he has won the Rivers Memorial Medal of the Royal Anthropological Institute.

Professor Rapport has undertaken four pieces of participant-observation field research: among farmers and tourists in a rural English village (1980-1); among the transient population of a Newfoundland city and suburb (1984-5); among new immigrants in an Israeli development-town (1988-9); and among health-care professionals and patients in a Scottish hospital (2000-1). Since 2012 he has researched the art and life of British painter, Stanley Spencer. From this research has emerged the following authored books: Talking Violence. An anthropological interpretation of conversation in the city (ISER Press, Memorial University 1987); Diverse World-Views in an English Village (Edinburgh University Press 1993); The Prose and the Passion’. Anthropology, Literature and the Writing of E.M.Forster (Manchester University Press 1994); Transcendent Individual. Towards a Literary and Liberal Anthropology (Routledge 1997); Social and Cultural Anthropology: the key concepts (Routledge 2000; second edition 2007; third edition 2014); The Trouble with Community: anthropological reflections on movement, identity and collectivity [with Vered Amit] (Pluto 2002); ‘I am Dynamite’: an alternative anthropology of Ppwer (Routledge 2003); Of Orderlies and Men: hospital porters achieving wellness at work (Carolina Academic 2008). Community, Cosmopolitanism and the Problem of Human Commonality [with Vered Amit] (Pluto 2012); Anyone, the Cosmopolitan Subject of Anthropology (Berghahn 2012). Distortion and Love: an anthropological reading of the art and life of Stanley Spencer (Ashgate, 2016).

Professor Rapport’s research interests include: social theory; phenomenology, identity, individuality and consciousness; literary anthropology and narrative; symbolic interactionism, community studies and conversation analysis; representation and aesthetics; globalization, cosmopolitanism, liberalism, and anthropology as a moral pursuit. In recent years, he has been interested in promoting ‘Cosmopolitan Studies’. This is an ontological project, seeking to define the human, its capacities and liabilities as universalities beyond the particular differences of sociocultural and historical condition; it is also a methodological project, finding ways best to approach and know the human; and it is a political project, hoping to nurture individual human expression over and above sociocultural contingencies and circumstance.

His project at Durham follows from this. How best to image the moral society? It will be one where each human being is recognised as living, by rights, their own precious life in fulfilment of their capacities. The moral society is one where the irreducible distance between individuals translates neither into indifference nor into stereotypification—individuals being known by virtue of externally imposed collective categories of purported belonging. May love function here as that public virtue which both extends recognition towards the human other and at the same time recognises the others’ absolute distinctiveness (and the space needed for another to come into its own)? Love may play the social-structural role of effecting a global social integration where any and every human being—‘Anyone’—is accorded a place.