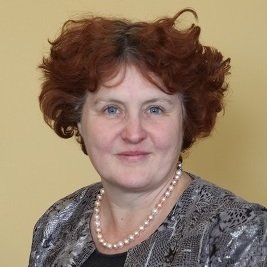 Mary Manjikian grew up in Schenectady, New York and attended Wellesley College (BA), Oxford University (MPhil) and the University of Michigan (MA, PhD). She is a former US foreign service officer and has lived and worked in the Netherlands, Russia, Germany and Bulgaria. She is currently an Assistant Professor at the Robertson School of Government at Regent University in Virginia Beach, Virginia. She teaches courses in international security, including Disaster Assistance Management, Terrorism, National Security and Intelligence. She is also the project director for America Asks, a conservative political themes project in cooperation with the Clapham Group and Intellectual Takeout.

Her research work deals with the politics and discourse of disaster, crisis, risk and threat. She is the author of Threat Talk: Comparative Politics of Internet Addiction (Ashgate: 2012), which compared the ways in which internet addiction has been constructed in the American, Russian, Indian and Chinese contexts. Here, she asked whether China had in fact manufactured an internet addiction crisis in order to implement stricter regulatory regimes regarding internet usage by vulnerable groups like students. The work thus examines the connection between securitization and technology usage regimes, particularly with reference to new and evolving technologies.

She is also the author of Apocalypse and Post-Politics: The Romance of the End (Lexington: 2012). This work examines the current American fascination with apocalypse and post-apocalyptic life in popular culture, including films, television and literature. Here she argues that Britain evinced a similar fascination with apocalypse as British imperial power began to wane. Perhaps apocalypse is thus a way of speaking about a loss of status in the world and a way of beginning to imagine a new world in which one’s state is no longer dominant.

Her third book, Barring the Door: The Securitization of Property Squatting in Western Europe is forthcoming in 2013. Here she asks what exactly is threatened by the practice of property squatting – the homeland? The city? Or one’s sense of identity? – and suggests that legislation which criminalizes property squatting is in many ways actually about questions of who belongs in one’s neighborhood, and what types of migration flows should be encouraged. She has also published in the areas of cyberwarfare, the ethics of drones and unmanned warfare, and the discourse of the failed state.

Her project while at the IAS is on the evolution of security discourse regarding plague and pandemic. She hopes to examine the ways in which public health crises have often strengthened state power, and the ways in which public health crisis thus appears to take place in a different sort of emergency time, in which traditional democratic regimes and procedures may be bypassed or temporarily halted. Has this process evolved as governance becomes more rational or do states react to crisis in a similar fashion regardless of the temporal or cultural coordinates? She will examine both plague tracts written hundreds of years ago and current documents such as the National Security Strategy and public health strategies.