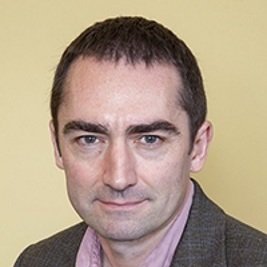 He graduated from Warwick with a PhD in Philosophy in 2002, with a thesis concerning the nature of concepts. During his doctoral studies he also spent one year in Paris at the CREA research centre (CNRS/École Polytechnique), funded by an Entente Cordiale scholarship (which he was surprised to get, given the pigeon French that he spoke at the interview). Following graduation he was employed at the University of St Andrews, first as a temporary Teaching Fellow and then in a permanent position since 2006.

His research interests range over a number of topics in the philosophy of mind and metaphysics. One major research interest concerns the nature of conscious experience and the relation between the subjective character of experience and its representational content – the way it represents the world as being. This interest covers all forms of experience, but Prosser also has a particular interest in the nature of our experience of time. He is an advocate of the B-theory of time, according to which although times or events exist and are ordered relative to one another by relations of earlier and later, there is no objective present, and hence no metaphysical asymmetry between the present and other times; what we call the ‘present’ is simply the time at which a given ‘now’-thought occurs, in much the same way that what we call ‘here’ is the place at which a given ‘here’-thought occurs. It follows that there is no genuine passage of time, and that the apparent passage of time is an illusion. Prosser is currently working on an explanation for this illusion – an account of why time seems to us to pass, given the view that that there is no real passage of time.

Prosser’s work has been published in prominent philosophy journals including, among others, The Philosophical Quarterly, Mind & Language, Philosophical Studies, Noûs, Philosophy and Phenomenological Research and The Philosophical Review. While at the IAS in Durham he will be working on issues relating to the perception of change and the doctrine of the ‘specious present’, according to which conscious perceptual experience encompasses an extended interval of time rather than an instant. To this end, as well as consulting existing philosophical work, he will be reading up on a variety of work in psychology and cognitive science concerning short-term memory and the perception of change.