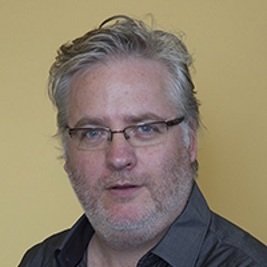 While at the IAS, Professor Wood will contribute to the annual theme of ‘Time’ in a number of ways. His current research project deals with popular senses of time and space in England, c.1570-1770. This links to a number of the sub-themes identified by the IAS, including ‘Narrating Time’; ‘Experiencing Time’; ‘Reconstructing Time’; ‘Time and the Present’; and ‘Scaling Time’. Critically, Professor Wood will argue that senses of time need to be read in their spatial and social contexts. Preliminary work conducted by Wood suggests that early modern popular concepts of time changed in important respects. Ordinary people stopped dating time in relationship to liturgy and saints’ days; time became more pragmatic, related to the agricultural seasons and to processes of exploitation (such as rent days); in urban communities, time became defined by the clock and by the market; and in industrializing areas, it came to be organized around the experience of waged labour. Professor Wood will spend some of his time as an IAS Fellow working in the rich Diocesan archives held in the Durham University Library Special Collections. These court papers illuminate all sorts of aspects of everyday life in the Diocese of Durham, including senses of time and space. The result of these archival searches will be a much fuller, richer and systematic study of changing senses of time in a region undergoing radical shifts in its religious culture, economic base and social structures. He looks forward to the possibilities for real intellectual insight to be garnered from working in the interdisciplinary environment of the IAS.