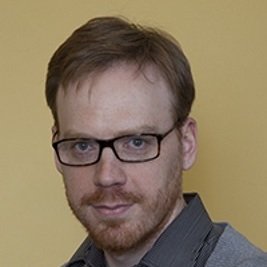 David Martin-Jones is Professor in Film Studies at the University of Glasgow. His research engages with world cinemas, taking a philosophical approach to the ways in which national and transnational identities are constructed. Originally from a background in literature, which provided his abiding interest in critical and cultural theory, he transferred into Film Studies with masters and doctoral degrees from the Universities of Edinburgh and Glasgow respectively. He was appointed to St Andrews in 2004, where he helped build the newest Film Studies programme in the UK, with a distinctive emphasis on transnational cinemas. He is currently the Director of the Centre for Film Studies, the department’s research arm.

He has explored national and transnational identity construction in a variety of cinemas from across Europe, Asia and the Americas. His research is at the forefront of the emergent international area of film philosophy, his key expertise lying in the interface between the work of Twentieth Century French philosopher Gilles Deleuze and cinema. Uniquely, Dr Martin-Jones has developed a sustained critique of the Eurocentric nature of Deleuze’s philosophy of cinema, by examining the fault lines that emerge when it is considered in conjunction with world cinemas. This was the topic of the closing keynote paper which he gave at the annual Film-Philosophy Conference in 2011. His focus in this area has recently shifted to Latin American philosophy. The first scholar to consider this trajectory within film philosophy, he is breaking new ground by exploring the potential of the work of Enrique Dussel for our understanding of world cinemas.

Dr Martin-Jones is the author of Deleuze, Cinema and National Identity: Narrative Time in National Contexts (2006), Deleuze Reframed (with Damian Sutton, 2008), Scotland: Global Cinema (2009), Deleuze and World Cinemas (2011), and co-editor of Cinema at the Periphery (2010) and Deleuze and Film (2012). This research has been recognised internationally, as is evidenced by two stints as visiting professor at Universidade Estadual de Campinas, Brazil, and invitations to present his research in France, South Korea, China, Brazil and Uruguay. His work has been translated into Spanish, Portugese and Estonian. In addition, his work on cinema in Scotland has received a great deal of press interest. He has been quoted in local and national newspapers, and has appeared on television in a National Geographic documentary.

Shaping the field, Dr Martin-Jones is the co-editor of the Continuum monograph series, Thinking Cinema. He is also a member of several editorial boards, including Deleuze Studies, Film-Philosophy and A/V: The Journal of Deleuzian Studies. In 2012 he led a team of postgraduates in launching an online research database for scholars, the first of its kind: deleuzecinema.com.

Whilst at the IAS, Dr Martin-Jones will be exploring how cinemas from around the world use different philosophical conceptions of time to negotiate varied experiences of modernity. Drawing upon previous work on narrative time, this research will lay the intellectual ground for his next monograph.