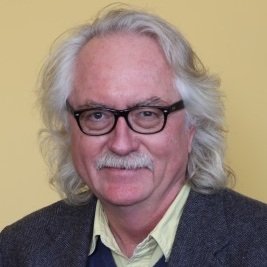 Jerry D. Moore is an anthropological archaeologist and professor of anthropology at California State University Dominguez Hills, California. His research interests focus on cultural landscapes, the archaeology of architecture, and human adaptations on the north coast of Peru and northern Baja California.

Professor Moore’s current archaeological research examines the origins of settled village life and emergent social complexity in the far north of Peru. Directing excavations in the little-known Department of Tumbes in 2006 and 2007 Professor Moore uncovered a sequence of prehistoric dwellings and other structures dating from circa 4700 to 500 BC. This research also documented the creation of elaborate mortuary rituals and the creation of public architecture between 3500 and 1600 BC. In 2011, Professor Moore co-directed excavations at the Inca provincial center of Huaca Cabeza de Vaca, where investigations uncovered a prehispanic workshop dedicated to the manufacture of shell beads that were highly prized throughout the ancient Andes.

Professor Moore’s archaeological fieldwork has been supported by the National Science Foundation, the National Geographic Society, the Wenner-Gren Foundation for Anthropological Research, Harvard University’s Center for Pre-Columbian Studies at Dumbarton Oaks, Washington D.C., and other agencies and foundations. Professor Moore has been a fellow in Pre-Columbian Studies at Dumbarton Oaks Research Libraries and Collections (1992-93), at the Sainsbury Centre for the Arts, University of East Anglia (1994), and the Getty Research Institute (2001-2002).

He is the author of the books, Architecture and Power in the Prehispanic Andes: The Archaeology of Public Buildings (1996, Cambridge University Press), Cultural Landscapes in the Prehispanic Andes: Archaeologies of Place (2005,University Press of Florida), and The Prehistory of Home (2012, University of California Press). He has also published over thirty-two articles and book chapters, seventeen reviews, and sixty-four professional papersMoore also has conducted archaeological research in Baja California and is the co-editor with Donald Laylander of The Prehistory of Baja California: Advances in the Archaeology of the Forgotten Peninsula (2006, University Press of Florida) which was selected as a 2007 Choice Distinguished Book. Since 2011, Moore has been the editor of Ñawpa Pacha: Journal of Andean Archaeology. Moore is currently completing the manuscript of an overview of South American prehistory that will be published by the University Press of Colorado.

During his stay at the IAS Professor Moore will continue to explore archaeological constructs of time in South American prehistory.