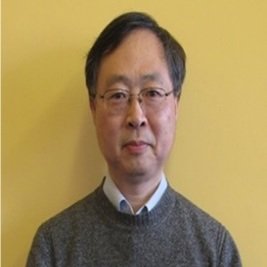 Liping Zhou is Cheung-Kong Professor of Physical Geography at Peking University. Having studied geomorphology and Quaternary geology at Peking University, he received his BSc in 1982. He then obtained his MSc at the Free University of Brussels in 1984. Later he was awarded a Benefactors’ Scholarship from St John’s College, Cambridge, which enabled him to work on geochronology and environmental magnetism of wind-blown dust deposits (known as loess) in the Godwin Laboratory within the Department of Botany; he received his PhD in 1992. After he worked as a Senior Research Associate in the School of Environmental Sciences, University of East Anglia, he returned to Cambridge in 1993 and worked in the McDonald Institute for Archaeological Research, Department of Physics and then Department of Earth Sciences. He was appointed as professor at Peking University in 1999 and was made Cheung-Kong Professor of Physical Geography by the Ministry of Education in 2000. He was awarded a National Outstanding Youth fund in the same year. He was visiting scientist in the Department of Earth Sciences, Oxford University funded by China-UK Science Networks of the Royal Society in 2006. He worked in the Swiss Federal Institute of Aquatic Science and Technology on a Sino-Swiss Cooperation Research Fellowship in 2008.

As a specialist in geochronology, Professor Zhou has conducted fieldwork at many sites in arid and semiarid regions in northern mid-latitudes in collaboration with numerous Quaternary geologists and archaeologists. He has worked extensively on both chronology and palaeoenvironmental implications of loess records in Eurasia. Apart from collaborative work on chronology of palaeoanthropological and palaeolithic archaeology sites and high resolution dust deposition records using luminescence dating techniques, his current research also involves extensive use of cosmogenic nuclides such as 14C and 10Be, e.g. compound specific radiocarbon analysis of lacustrine and soil samples, study of carbon dynamics on land and in South China Sea, and past changes in production rate of cosmogenic nuclides.

Professor Zhou was responsible for the set-up of the compact accelerator mass spectrometry facility at Peking University. He has also been instrumental in establishing the Centre for Ocean Research in the University’s Academy for Advanced Interdisciplinary Studies; he now serves as Executive Deputy Director of the Centre. He was elected as Vice President of Commission on Stratigraphy and Chronology, International Union for Quaternary Research in 2011. He is also a member of Scientific Steering Committee of Past Global Change Programme (PAGES) within IGBP.

Whilst at the IAS, Professor Zhou will be working with Professor Bailiff and Dr Millard and engaging with colleagues involved in the workshop on Debating Chronologies in the “Time” programme. He will also be interacting with paleoceanography and geochemistry colleagues in Durham.