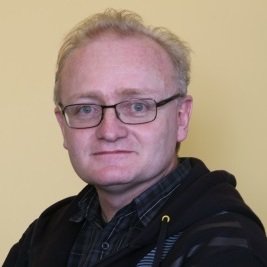 Robert de Mello Koch, holds the Chair of Fundamental Physics and String Theory at the University of the Witwatersrand, Johannesburg, South Africa, where he has been faculty since 1999. After completing a BS in engineering, he switched to Physics obtaining a PhD from the University of the Witwatersrand and completing a Postdoctoral Fellowship at Brown University in 1998-1999. Professor de Mello Koch has published widely on the large $N$ limit of quantum field theories, string theory and gauge theory / gravity dualities, which are providing profound insights into the problem of uniting Einstein’s theory of General Relativity with Quantum Mechanics to produce a single theory of Quantum Gravity.

For the last five years his work has focused on non-planar limits of these dualities and he has developed novel methods that allow the use of group representation theory to solve quantum field theory problems.

His projects have been supported by the Royal Society and by the National Research Foundation of South Africa who awarded him the President’s Award in 2001. He serves on the board and management committee of the newly formed National Institute for Theoretical Physics of South Africa. He is a fellow of the Stellenbosch Institute for Advanced Studies.

Professor de Mello Koch has a keen interest in the development of Science and Mathematics in Africa. Towards this end he has taken an active role in the African Institute for Mathematical Sciences (AIMS), teaching at the Institute since 2004 and serving as a member of the Associate Faculty of AIMS since September 2009. More recently he has been participating in an effort to strengthen Theoretical Physics activities at the University of Mauritius.

He received the Friedel Sellschop Award in 1999 for his work on the large $N$ limit of matrix models and the Silver Jubilee Medal of the South African Institute of Physics in 2001 for his work on tachyon condensation in open bosonic string field theory.

While at the IAS at Durham, Professor de Mello Koch will participate with colleagues at Durham on projects centered on the Institue’s theme of ”Time” focusing in particular on the sub-themes ”Nature and Geometry of Time”. In particular, he will be developing his most recent ideas which have lead to the discovery of integrability in non-planar large $N$ limits of ${\cal N}=4$ super Yang-Mills theory. Two lines of development will be pursued. The emergence of time and geometry from quantum field theories as well as the dynamical role of the newly discovered integrability.