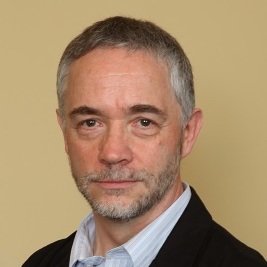 Robert Hannah is a professor of Classics at the University of Otago in Dunedin, New Zealand. After gaining his BA in Greek at Otago, he studied classical archaeology at Oxford, and has been a member of staff in the Classics Department at Otago since 1980, gaining a personal chair in 2006.

He began his research career writing about works of Greek and Roman art and he continues to do so, particularly in his capacity as Honorary Curator of the Classical Collections of the Otago Museum. But he found himself early on drawn into explaining some well-known works of art which incorporated astronomical symbols of time, and these in turn attracted him to the study of the means and meanings of measuring time. His most recent publications include the books Greek and Roman Calendars: Constructions of Time in the Classical World (Duckworth: London 2005), and Time in Antiquity (Routledge: London 2009), the latter a product of a three-year Marsden Grant from the Royal Society of New Zealand (2004-2006).

Professor Hannah has sought to increase understanding of the everyday perception of time in ancient Greece and Rome (with an eye also on Egyptian and Mesopotamian cultures). His work explains in detail the various instruments of time – calendars, sundials, water-clocks – which relied on often complex interrelationships between the cycles of sun, moon and stars and it seeks to demonstrate the intimate social relationships between agricultural life, religious cult and political time. Thus his research synthesises humanistic and scientific approaches to the ancient world. His work has been recognised by the academy through his election in 2008 to a Fellowship in the Society of Antiquaries of London, the oldest Learned Society for heritage in the English-speaking world.

His current interests are in the ways in which the ancient Greeks and Romans situated and understood themselves in their natural and built landscapes, especially in the context of religious cult. While at the IAS at Durham, he will be working on two projects. One examines conceptions of the relationship between time, eternity and the afterlife in antiquity. His working hypothesis is that conceptions of time and eternity are intimately linked at certain temporal nodes in the solar cycle, and he will seek to test this through an analysis of Roman monuments and beliefs, cosmological theory and philosophy. While this project will focus on the idea as it is presented in antiquity, it is a matter of continuing interest to the present day, with the modern hypotheses of parallel universes or multiverses, which imply a notion of places before or after our time, some with ‘membranes’ for passage (if only for gravity) from one world to another, and the possibility of sempeternity (perpetual time).

The second project, funded by a second Marsden Grant (2011-2013), is ‘Myth, Cult and Cosmos: astronomy in ancient Greek religion’, in which he is collaborating with Dr Efrosyni Boutsikas (University of Kent in Canterbury). The project uses astronomy as an innovative tool to help elucidate and explain Greek religious belief and practice. The project studies selected sanctuaries in the Greek world, from the perspective of their terrestrial and celestial landscapes and in conjunction with the content and timing of religious cult, all combining to provide us with a richer understanding of the interplay between science and religion in ancient Greece.