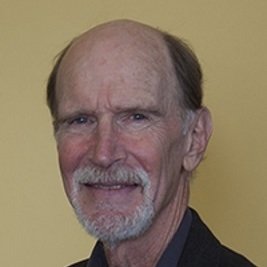 Robert Levine has been studying “time” as a social psychologist for close to thirty years. His research has combined empirical studies, theoretical writings, books and articles for both academic and popular readers.

In one program of research, Levine and his students compared the pace of everyday life in 31 countries around the world. In one experiment, for example, they timed the average walking speed of randomly selected pedestrians over a distance of 60 feet. Another experiment sampled speed in the workplace; specifically, how long it took postal clerks to fulfill a standard request for stamps. They found large cross-national differences on these and other measures. The fastest big cities, for example, tended to come from Western Europe and industrialized Asia while those in economically struggling nations (such as Mexico, Brazil, and Indonesia) tend to be slowest. The differences were often substantial. For example, they found that pedestrians in Rio de Janeiro walk only two-thirds as fast as do pedestrians in Zurich, Switzerland.

Next they asked whether there are characteristics of places and cultures that might be related to their tempo. They identified five principal factors: People are prone to move faster in places with vital economies, a high degree of industrialization, larger populations, cooler climates and a cultural orientation toward individualism. Finally, Levine and his students looked at the consequences of a culture’s pace of life for the psychological, social, physical and economic well-being of its people. Here, too, they found strong differences between fast and slow cultures. People in faster places tend, for example, to say they are happier with their lives. On the other hand, people in faster cultures suffer greater stress, as exemplified by greater incidence of coronary artery disease (i.e. there are Type A cities). In subsequent studies, Levine found that people are less willing to help strangers in need in faster places.

His studies lead to three general conclusions: Places differ markedly in their overall speed of life. These differences are to at least some degree predictable by demographic, economic and environmental characteristics. And, these differences have consequences for the well-being of individuals. He will be expanding upon this work during his residence at the IAS.

Robert Levine grew up in Brooklyn New York. After graduating high school in 1963, he enrolled at the University of California, Berkeley where he says he had the blind good luck to experience the sixties from hippy central. He received a master’s degree in clinical psychology from Florida State University in 1969 and a Ph.D. in personality/social psychology from New York University in 1974. He is a Professor of Psychology and former Associate Dean of the College of Science and Mathematics at California State University, Fresno where he has won awards for both his teaching and research. He has also served Visiting Professorships at Universidade Federal Fluminense in Niteroi, Brazil, at Sapporo Medical University in Japan, and at Stockholm University in Sweden.

He has written four books including A Geography of Time (Basic Books/Perseus) which received the Otto Klineberg Intercultural and International Relations Award. It has been translated into six languages and has been the subject of numerous feature stories, including Newsweek, The New York Times Magazine, CNN, the BBC and ABC’s Primetime. A subsequent book, The Power of Persuasion: How We’re Bought and Sold (John Wiley & Sons), has been translated into seven languages. Dr. Levine has also published more than 60 articles in professional journals as well as articles in trade periodicals such as Discover, American Demographics, The New York Times, Utne Reader, and American Scientist. Levine is a Fellow in the American Psychological Association and is currently President of the Western Psychological Association. (author website: http://www.boblevine.net).