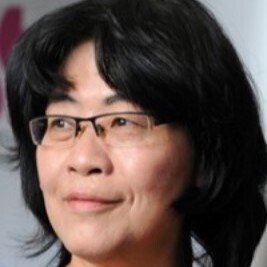 Over the past decade, Professor Sinkwan Cheng has been awarded six external fellowships and grants for her scholarly work (including a Rockefeller Fellowship, and a DAAD Fellowship). She is the editor of Law, Justice, and Power: Between Reason and Will (Stanford University Press). Contributors to this volume include Julia Kristeva, Slavoj Å½iÅ¾ek, J. Hillis Miller, Alain Badiou, Nancy Fraser, and Ernesto Laclau. She has also published in MLN, Cardozo Law Review, American Journal of Semiotics, Law and Literature, and Literature and Psychology. Her article “Fremdwörter as ‘The Jews of Language’ and Adorno’s Politics of Exile” was singled out as “superb” in the collection Adorno, Culture, and Feminism by the reader for Sage Press. In addition to her teaching experience in New York, Berlin, and Hong Kong, Professor Cheng has delivered lectures in five countries, and has given faculty seminars twice at Columbia University.

Professor Cheng is a referee for the Berlin Journal of Philosophy and the International Journal of the Asian Philosophical Association, an internal reviewer for the Journal of Translation Studies, and a member of the advisory board of (a): the Journal of culture and the Unconscious. She was formerly a member of the advisory board of American-Lacanian-Link, whose other members included Fredric Jameson, Russell Grigg, and Parveen Adams. In addition to her scholarly achievements, Professor Cheng is also a dedicated teacher. She was the recipient of an Excellence in Teaching Award in a campus-wide competition at SUNY Buffalo.

Professor Cheng’s research in recent years has focused on conceptual history, translation, and modernity. Her current project is entitled “Conceptual History, the Introduction of Linear Time into the Chinese Language, and Chinese Modernity”. Drawing from Koselleck’s Begriffsgeschichte, her project explores how and why China’s linguistic revolutions took place alongside the country’s quest for scientific, economic, and political modernity. When discussing the contributions made by translation of Western texts to China’s modernization process, scholars have been focusing on content issues. They have overlooked how translation, through effecting changes in the Chinese language, has transformed the Chinese people’s Weltanschauung at a fundamental level-only with that transformation did China become truly ready for modernity. For example, tenses did not exist in classical Chinese. But given the prominence of the temporal dimension in Western languages, time markers were gradually invented for the Chinese language as intellectuals engaged in translations of Western texts. These time markers brought a linear concept of time to Chinese society, and only with that new way of experiencing time could “the modern” become conceivable for the Chinese people. Professor Cheng will examine how the time consciousness gave the Chinese a new concept of the future and laid the path for China’s modernization, and elaborate the subject at hand via an analysis of two waves of temporalization of the Chinese language. This topic about temporality, modernization, and language reform has special timely significance given the heated debates throughout East Asia as different countries feel the need to agree on a common adoption of either simplified or traditional characters in the age of globalization, digitalization, and the ever-changing relationship between China and Taiwan.