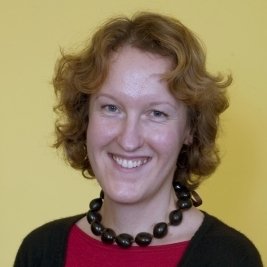 After the award of a doctorate from, and teaching at, the University of Warwick, Dr Jennifer Terry came to Durham as Lecturer in English in 2004. She has been the recipient of an Eccles Centre for North American Studies Visiting Fellowship at the British Library (2007) and a John F Kennedy Institute for American Studies Library Research Grant at the Free University of Berlin (2005), during the course of completing her PhD on the fiction of the contemporary African American author Toni Morrison, also spending a year at the University of Wisconsin, Madison as a Graduate Exchange Fellow (2000-2001).

Terry’s research interests lie in writings of the black diaspora and her work is often situated at the intersections of the fields of American, postcolonial and twentieth and twenty-first century literary studies. Earlier research appears in various edited collections and journals and treats the novels of Pauline E Hopkins, W E B DuBois, Toni Morrison, Patrick Chamoiseau and Walter Mosley, the poetry of Paul Laurence Dunbar, and nineteenth century autobiographical narratives by ex-slaves. She is currently bringing to completion a monograph entitled ‘Shuttles in the Rocking Loom of History’: Mapping the Black Diaspora in African American and Caribbean Fiction for Liverpool University Press. This comparative study examines how, through symbolic geographies, trajectories and orientations, selected African American, Caribbean and Black British novelists speak to ongoing debates about postcolonialism, nationalism, essentialism, hybridity and cross-cultural relations in the diaspora engendered by racial slavery. Engaging with the theoretical writing of Édouard Glissant and Paul Gilroy, it explores and interrogates diverse transnational responses and perspectives, paying particular attention to how modern black fictions envision and figure their politics in spatialised modes.

During 2009-2010, and the Institute of Advanced Study’s ‘Water’ theme, Dr Terry will develop work related to Mapping the Black Diaspora with a focus on representations of oceanic bodies, passages and littorals; their significances, values and meanings within an emergent black diasporic imaginary. This will involve scrutiny and revisitation of the critical discourses of a ‘black Atlantic’ that have followed Gilroy (1993). During Easter 2010 she will be participating in ‘Navigating Memory,’ a one day interdisciplinary conference that forms a part of the sub-theme ‘Water as Metaphor and Symbol.’ Her paper will consider water and cultural and communal memory in African American and Caribbean poetry and prose.