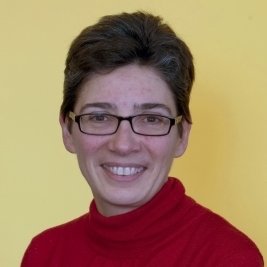 Paola Ceccarelli, is currently Leverhulme Reader in Greek Cultural History in the Department of Classics & Ancient History at Durham. She received her BA from the University of Pisa and the Scuola Normale Superiore (1985). She was then ‘Perfezionanda’ at the Scuola Normale Superiore of Pisa (1985-1989). After three years as assistant in Ancient History at the University of Lausanne (CH), she moved to L’Aquila University (Ricercatrice, 1994; Professore Associato, 2002), and then to Durham in 2006. She has been a Fellow of the Centre of Hellenic Studies (Washington, DC, 1998-99) and a visiting Fellow at Clare Hall, Cambridge (2006). At Durham she has been involved in founding, and is now co-directing, the Centre for the Study of the Ancient Mediterranean and the Near East.

Concepts of space and identity in the ancient world, and their application to situations of insularity, are one of her main areas of interest. Other areas of expertise include ancient dance and theatre (she has published numerous articles on the subject, as well as a monograph: La danza pirrica nell’antichità, Rome 1998), Greek historiography, and the history of classical scholarship. Her second book consisted of the edition, with introduction and notes, of the correspondence between the German classicist Friedrich Gottlieb Welcker (1784-1868) and the two Neapolitan scholars Agostino Gervasio and Giulio Minervini. She is currently putting the finishing touches on a monograph on the ideology of Greek epistolary writing for which she received AHRC funding. A further, related project is a new edition, including translation and commentary, of the Seleukid Royal Correspondence.

During her time at the Institute of Advanced Study, Dr Ceccarelli will advance work on a monograph on the opposition between Europe and Asia that tries to reconstitute the Eastern Mediterranean as a space with fluid boundaries, shifting borders, and myriad groupings, which overlap with, bridge, and challenge simple ideological demarcations. The work endeavours to regain the complexities of the Aegean Sea as an ancient ‘contact zone’ by interrelating various perspectives: the local views of islanders; the views of travellers, merchants, and explorers, which offer hodological conceptions of this space; and the geopolitical realities, shaped, above all, by military confrontations: between Greeks and Persians, Athens and Sparta, Macedonia and later Rome, which operate with much more clear-cut, though themselves shifting, ideological oppositions. By tracing the mappings and conceptualizations of the Aegean in-between Europe and Asia from the classical to the Hellenistic age (c. 500 – 31 BCE) she hopes to offer a fresh look at one of the most fascinating, hotly contested and ideologically charged expanses of water in the world.

She is further involved in the ‘Water’ theme as the organizer of an international workshop on ‘Water and Identity’, in association with the Centre for the Study of the Ancient Mediterranean and the Near East and the Centre for Roman Cultural Studies.