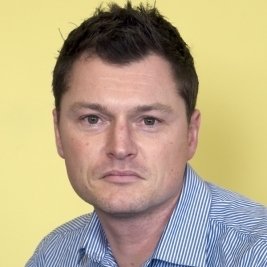 Dr Langley has published extensively on historical and cultural developments in financial markets, having previously undertaken research into globalization, sustainable development, global governance and civil society. His first book, World Financial Orders (Routledge, 2002), explored the rise and fall of the dominant centres of modern world finance and illustrated the historically unprecedented features of the contemporary multi-polar order in which Wall Street, the City of London, Tokyo and so on are all key places in the integrated markets of ‘global finance’. World Financial Orders continues to be widely-cited in social scientific debates about the globalization of finance and American financial power.

Dr Langley’s recent research has played a leading role in stimulating and shaping interdisciplinary inquiry into the relationships that bind the capital markets of global finance, on the one hand, with everyday saving and borrowing in America and Britain, on the other. Between 2004 and 2007 he published academic journal articles that addressed such topics as the embodied transformation of saving and the making of investor subjects; the crisis of final salary occupational pension schemes; the ethical investment movement; the securitization of mortgage finance; and the consumer credit boom. Langley’s second book, The Everyday Life of Global Finance: Saving and Borrowing in Anglo-America (Oxford University Press, 2008), is being widely read in the context of the present financial crisis, and he has recently made invited presentations to conferences in Britain, Canada, Sweden and America.

In his current research, and developing out of The Everyday Life of Global Finance, Langley has published academic journal articles on the contribution of a cultural economy approach to understanding the sub-prime mortgage crisis, and on foreclosure and forbearance in sub-prime mortgages. He is also currently a partner in the Economic and Social Research Council’s (ESRC) ‘Changing Cultures of Competitiveness’ Seminar Series, and will host ‘The Credit Crunch: A Public Debate’ during the ESRC Festival of Social Science week in March 2009.

During his time at the Institute of Advanced Study, Dr Langley will be researching and writing on the performance of liquidity in wholesale financial markets. While the volatile movements of contemporary markets are often captured through watery metaphors such as ‘flow’ and ‘circulation’, concerns with ‘liquidity’ and ‘illiquidity’ mark the present crisis. Langley will also organize two linked workshops during his time at the IAS, bringing together arts, sciences and social sciences to explore the ways in which the naming of a set of practices (e.g. a market) through watery metaphors (e.g. liquidity) produces that which it names through the emotions and aspirations of practitioners, and how such naming also serves to render those practices amenable to management.