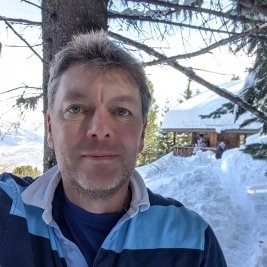 Andy Baker has research interests that include climatology and paleoclimatology, water quality, and organic matter characterisation in natural and engineered systems. He has pioneered novel techniques for the spectrophotometric characterisation of organic matter; key findings include the use of fluorescence spectrophotometry to detect organic pollutants in rivers and to characterise organic matter within catchments. He has also been an international leader in the use of cave stalagmites to reconstruct past climates, particularly combining stalagmite climate parameters with instrumental and other paleoclimate proxies.

He has led over 50 research programmes as either Principal Investigator or Co-Investigator and has published over 100 international refereed papers in journals such as Nature, Environmental Science and Technology, Water Research and Chemosphere. Professor Baker was awarded a Philip Leverhulme Prize in 2003 for his research. His service includes that as an Associate Editor of Water Research, membership of the Natural Environment Research Council Radiocarbon Steering Committee and Peer Review College. He has co-convened many conference sessions, meetings and workshops on both organic matter fluorescence and stalagmite paleoclimatology.

During his time at the Institute of Advanced Study, Andy Baker will be working with Dr Karen Johnson (School of Engineering), where they will be investigating manganese oxide oxidation of organic matter, as well as novel optical techniques for the characterisation of organic matter in the environment. Professor Baker will also be using his spectroscopic expertise to help characterise PAH polluted soils and waters in Dr Johnson’s ROBUST project (Regeneration Of Brownfield Using Sustainable Technologies). The soils will be characterised using Terrahertz radiation. THz has never been used for environmental analysis before and this work will lead to a new library of spectroscopic data on persistent organic pollutants.