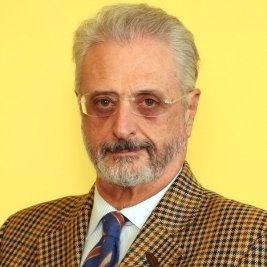 Professor Todini is currently a member of the High Risks Commission of the Emilia Romagna Region; of the Scientific Committee of WWF Italy; and of the Italian Statistical Society, the European Geophysical Union, and the American Geophysical Union. In the past he has been Vice-President of the International Water Resources Management Committee of IAHS as well as Vice-President of IAHS, and he is presently a member of the Willis Research Network. Professor Todini has also been the co-ordinator for the writing of a report on “Understanding and Reducing Uncertainty in Flood Forecasting”, within the frame of the Concerted Action ACTIF; the author of “Hydrological Models for Flood Forecasting”, Chapter HSA131 of the Encyclopedia of Hydrological Sciences (J. Wiley & Sons) and is currently a member of the of WMO OPACHE group for the writing of the WMO Manual on Real Time Flood Forecasting.

Professor Todini’s research activity, documented by more than 200 articles, has always been directed towards both theory as well as practical application. His original studies in synthetic hydrology have produced a stochastic generation model, which preserves both long and short-term correlation for the statistical assessment of the Aswan reservoir operating policy. His research in rainfall-runoff modelling has produced several models, the CLS (1976), the ARNO (1989) (which was also included as the soil moisture balance component of the ECHAM GCM model) and the TOPKAPI (1998) models, that have been and still are extensively applied all over the world. His approach to flood routing has produced models such as the PAB and the PABL, particularly suited for real-time flood forecasting. These models are now in operation on many rivers, together with a 1D/2D package based upon Control Volume Finite Elements. More recently Professor Todini has found the reason for the non conservation of mass in the Muskingum-Cunge method and has produced a corrected algorithm, which compares favourably with the results of full de Saint Venant equations based commercial packages such as Mike11, Hec and Sobek.