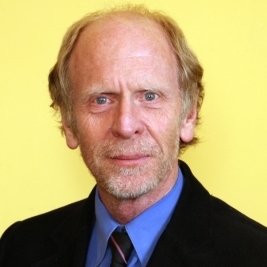 The prime focus of Professor Arculus’ research has been island arc systems such as those forming the Pacific “Ring of Fire”. His most highly cited research stems from this focus. The oceanic lithosphere created at divergent boundaries formed by ocean ridges is returned to Earth’s interior at subduction zones, bearing the imprint of chemical exchange with the oceans including extensive hydration, and a superstrate of sediment derived predominantly from biological activity in the oceans plus detritus transported from continents. Some of these materials and especially water, are heavily processed and returned to the Earth’s surface via island and continental arc volcanoes. In fact, the most explosive volcanic eruptions, largest earthquakes, most profound ocean deeps, greatest gravity anomalies, and highest mountains all occur at zones of plate convergence and subduction. Volcanic arc systems are the surface manifestation of a complex spectrum of magmatic and tectonic processes triggered by plate subduction at zones of convergence. An international effort is currently focusing on processes in and above subduction zones because magmatic products of supra-subduction zone activity seem to be the major building blocks of the continental crust, at least through the last billion years.

Professor Arculus was actively involved with the international Ocean Drilling Program’s efforts in the 1980s in the arcs of the western Pacific. Since moving back to the ANU in the mid-1990s, he has led the successful effort of Australia to become a member of the successor program (Integrated Ocean Drilling Program). Professor Arculus has also been a participant in or led a number of research voyages with Australia’s Marine National Facility (RV Franklin and RV Southern Surveyor) studying arc-backarc systems in waters of Papua New Guinea, Solomon Islands, Vanuatu, Fiji, Tonga, and New Zealand. His other primary research interest is in examples of rocks that have traveled to great depths in subduction zones and been fortuitously exhumed, and the nature of petrologic and geochemical changes experienced by these rocks during the subduction process. Examples include outcrops in New Caledonia and the Qilian Mountains of China.

Professor Arculus is currently the editor of Journal of Geophysical Research (Solid Earth), and has previously been editor of a number of other high-citation impact, international journals. He has given keynote talks at many international conferences. During his time at the IAS, he will be collaborating particularly with members of the staff of the Department of Earth Sciences on research topics related to island arcs, and writing a book for Cambridge University Press entitled “Volcanic Arc Systems”.