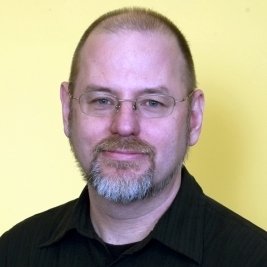 Stefan Helmreich is Associate Professor of Anthropology at the Massachusetts Institute of Technology, where he has also served as Director of Graduate Studies for the Doctoral Program in History, Anthropology, and Science, Technology, and Society. After receiving a doctorate from Stanford University, he worked as a Postdoctoral Associate in Science and Technology Studies at Cornell University, as an External Faculty Fellow at the Center for Critical Analysis of Contemporary Culture at Rutgers University, and as an Assistant Professor of Science and Society at New York University. In recent years, he has been a Visiting Scholar in Social Sciences at the University of Iceland. His research has been funded by the National Science Foundation and the Wenner-Gren Foundation for Anthropological Research.

Professor Helmreich’s anthropological research examines the works and lives of contemporary biologists puzzling through the conceptual boundaries of “life” as a category of analysis. He has written extensively on Artificial Life, a field dedicated to the computer simulation of living systems, notably in Silicon Second Nature: Culturing Artificial Life in a Digital World (University of California Press, 1998), which in 2001 won the Diana Forsythe Book Prize from the American Anthropological Association. Further results from this work have appeared in Artificial Life; Critique of Anthropology; Cultural Anthropology; Science as Culture; Science, Technology, and Human Values; and Social Studies of Science.

His newest book, Alien Ocean: Anthropological Voyages in Microbial Seas (University of California Press, 2009), is a study of marine biologists working in realms usually out of sight and reach: the microscopic world, the deep sea, and oceans outside national sovereignty. Working alongside scientists in labs and at sea – in Monterey Bay, Hawaii, the Woods Hole Oceanographic Institution, the Bermuda Triangle, and the undersea volcanoes of the Juan de Fuca Ridge – Helmreich charts how revolutions in genomics, bioinformatics, and remote sensing press marine biologists to see the sea as animated by its smallest inhabitants: marine microbes. Scientists render marine microbes meaningful as pointers to the origin of life, as barometers of climate change, as raw materials for biotechnology, and as analogues for extraterrestrial life. Results from this project have appeared in American Ethnologist; BioSocieties; Grey Room; The Journal of the Royal Anthropological Institute; Maritime Studies: Melville Society Extracts; Science as Culture; and The Wire.

Professor Helmreich serves on the editorial boards of Cultural Anthropology and Science as Culture. His work has been translated from English into French, German, and Spanish.

While at the Durham Institute of Advanced Study, he will begin conceptualizing a new project, a comparative anthropology of waves and wave phenomena. He will be interested in the science and symbolism of water waves, the measurement and making of underwater sound waves, and the use of electromagnetic waves to infer the presence of water (and possibly life) on extraterrestrial planets. These topics continue and combine Professor Helmreich’s interests in the making of knowledge in oceanography and biology. As an anthropologist, he will be particularly keen to track how conceptions of waves travel across diverse domains of cultural practice.